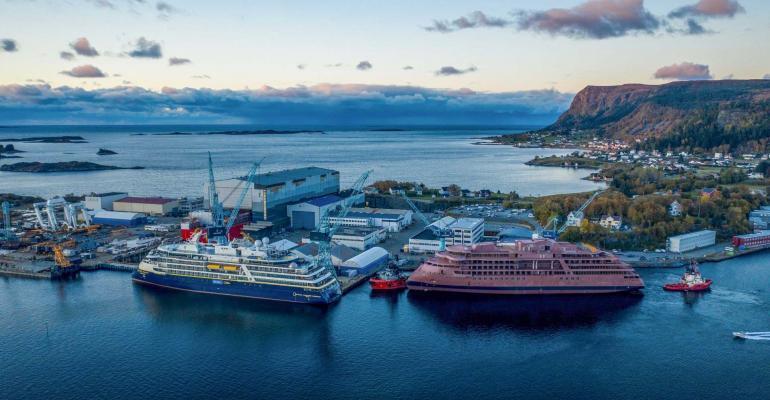 Some trips are planned for later this year while others are in 2022 and beyond.

New adventures include exploring New Zealand and beyond on a choice of two itineraries. One ventures to both North and South islands with departures from January to March; the other goes to the subantarctic Islands for wildlife-spotting on two January departures.

Lindblad's Wild Escapes Collection consists of highly active opportunities to explore regions in a shorter timeframe. New ones have been added to the list, with some options of just five days.

The nine-day 'Wild Peru Escape: Amazon & Machu Picchu,' on the small Delfin II, is offered in August and October this year with further departures in 2022.

Two Northeast Passage trips between Norway and Alaska are still scheduled in July and August this year, while a Northwest Passage from Greenland to Alaska is planned in July 2022.

'Wild South America: The Guianas to Brazil,' is listed for this October, and again in September 2022.

Eight-day programs exploring the Caribbean coast of Panama and Colombia are available on four dates in late October and in November, and again in late 2022.

'Wild Coasts of Argentina, South Georgia & the Falklands,' between Buenos Aires and Ushuaia, is scheduled for October, leading into the Antarctica season.

Further new Lindblad voyages combine the Antarctica Peninsula with southern Patagonia and the Chilean fjords on one, and remote West Antarctica, ice shelf of the Ross Sea region and the subantarctic islands of New Zealand and Australia on the other.

'Antarctica & Patagonia: Legendary Ice & Epic Fjords,' 20 days, is available in November and next year in October and December, while 'Epic Antarctica Voyage: The Peninsula to the Ross Sea & Beyond,' 35 days, debuts Dec. 27, with the reverse voyage on Jan. 26 and repeats in late 2022/early 2023.