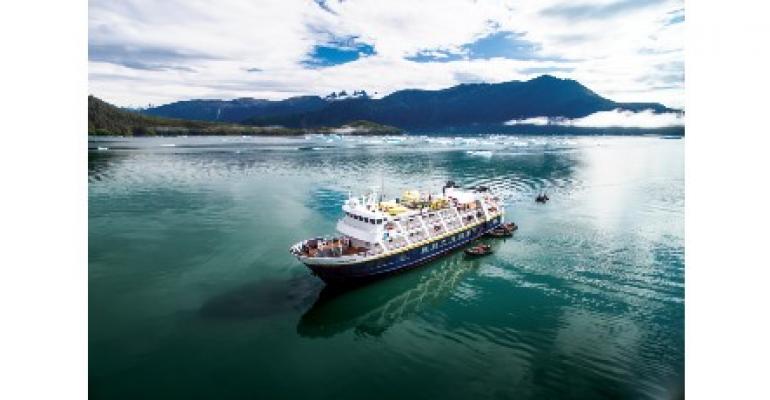 Lindblad Expeditions added a fourth ship to its 2022 Alaska program to meet higher than expected demand.

This follows a successful 2021 season when the small-ship line carried more than 3,000 passengers to Alaska.

The fleet will offer six itineraries of six to 15 days. The season begins in May, for the chance to see springtime in Alaska, and runs through September.

The six-day 'Wild Alaska Escape' (Juneau to Ketchikan or Sitka to Juneau) voyages explore in the active, compact time frame of one work week. Trips are priced starting at $4,660.

The eight-day 'Voyage to Great Bear Rain Forest: Native Culture & Wildlife in the Land of the Spirit Bear' sails through the narrow, winding fjords of northern British Columbia into the Great Bear Rainforest, domain of the Spirit Bear. One of National Geographic’s 'Places of a Lifetime,' it stretches across the central and northern coast of British Columbia and encompasses a quarter of the world’s coastal temperate rain forest. Rates begin at $5,400.

The 14-day 'Treasures of the Inside Passage: Alaska & British Columbia' uncovers the grand wildness of legendary national parks, fjords and towering glaciers. Fares start at $10,640.

'A Remarkable Journey to Alaska, British Columbia & Haida Gwaii,' 15 days, explores some of the Pacific Northwest’s most wild and pristine regions between Sitka, Alaska, and Seattle, Washington. By special invitation, passengers can discover a nearly lost First Nations culture in the remote Haida Gwaii archipelago. Rates begin at $11,580.

Lindblad Expeditions is offering the chance to reconnect with friends and family in Alaska; by booking three full-paying passengers, a fourth person travels free on select departures.

Passengers can also get free round-trip airfare from Seattle to Alaska for select departures of 'Exploring Alaska’s Coastal Wilderness' and 'Wild Alaska Escapes' or free one-way airfare for select departures of 'Treasure of the Inside Passage: Alaska & British Columbia' and 'A Remarkable Journey to Alaska, British Columbia & Haida Gwaii.' Free air is based on economy group flights and must be ticketed by Lindblad.