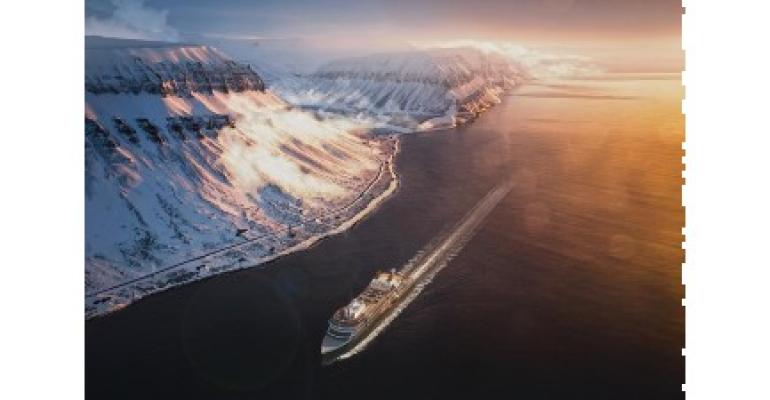 New expedition sister ships Seabourn Venture and Seabourn Pursuit will sail the line's first voyages to the Northeast and Northwest Passage in 2023.

Seabourn Venture is scheduled to depart July 29 for a 26-day journey across the Northeast Passage from Tromsø, Norway to Nome, Alaska.

These voyages, as well as the entire summer 2023 season, opened for sale today.

Highlights of the Northeast Passage include navigating across the top of Norway and Arctic Russia, viewing polar bears at UNESCO World Heritage Site Wrangel Island and hundreds of thousands of seabirds at Storstappen Island and a call at Mumansk including a visit to the nuclear icebreaker Lenin. Travelers will sail the Barents Sea and through Franz Joseph Land, an archipelago of 192 islands in the Russian Arctic National Park where polar bears, Atlantic walruses, bowhead whales and ivory gulls are among the protected species.

Northwest Passage highlights include the opportunity to experience one of the most infamous and storied passages in the world and traverse the narrow and challenging Bellot Strait. Travelers can visit the lonely grave sites of the Franklin Expedition on stark Beechy Island, small Inuit towns such as Cambridge Bay and destinations in Greenland including Ilulissat, which means 'iceberg,' located at the terminus of the Jakobshavn Glacier.

Following that are a 14-day 'Lands of Fire & Ice' in Greenland and Iceland, followed by a series of explorations of the Arctic Circle from Norway, most with Seabourn’s popular Svalbard experience in the mix, including a 14-day 'Norway & Iceland Polar Bears & Puffins' itinerary. A series of 14- and 15-day voyages between Greenland and Iceland will follow, as well as a 12-day 'Bering Sea & Inside Passage Cruise' visiting destinations in Alaska and British Columbia.

Seabourn Venture second year of operation includes summer in the Arctic, Scotland, Norway and the Russian Arctic. The ship will begin its summer season on May 12, 2023, with a 10-day 'Wild Isles of Scotland and Iceland' voyage from London to Reykjavik. Seabourn Venture will then operate a 12-day 'Fjords of the Norwegian Sea' voyage, followed by a series of 11- and 12-day expeditions exploring Svalbard from Norway.

In mid-July, the ship will sail on a 14-day 'Norway, Novaya Zemlya & Franz Joseph Land' expedition. After the Northeast Passage journey, Seabourn Venture will explore the Russian Far East with a 14-day 'Wild Coasts of Kamchatka' expedition in August and 14-day 'Volcanoes & Wildlife of the Kuril Islands' voyage in September.