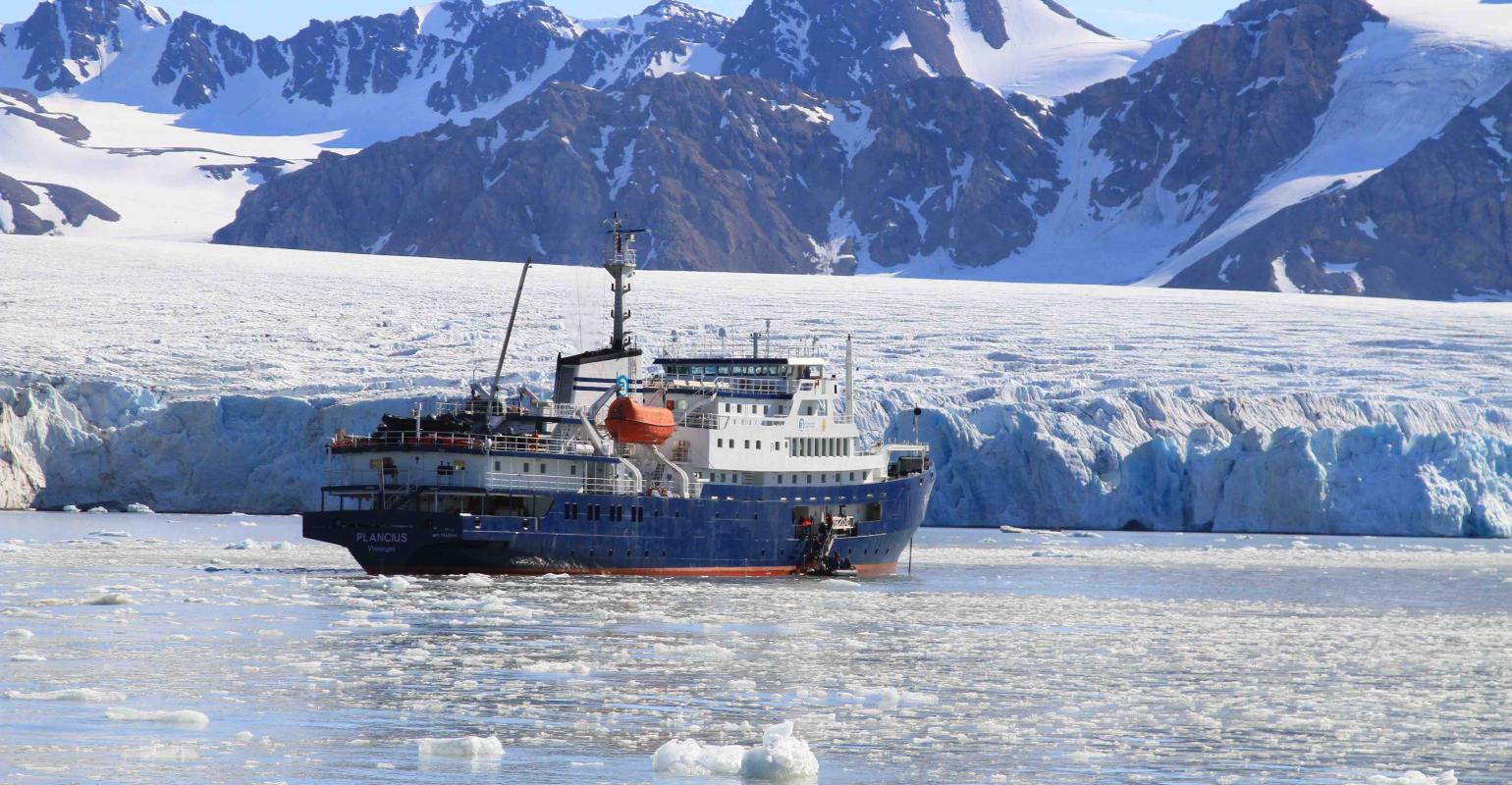 PHOTO: AECO
Plancius by the 14 Juli Bukta glacier in Svalbard

The Norwegian government today gave the green light for expedition cruises to resume in Svalbard under rigorous safety conditions.

The decision is based in part on work to provide infection control guidelines for the expedition cruise industry which has been carried out by several governmental institutions and local stakeholders in collaboration with the Association of Arctic Expedition Cruise Operators.

'We are thrilled that the Norwegian government and local stakeholders are demonstrating determination, willingness and cooperation to open for expedition cruises in Svalbard again, which is a vital contributor to local tourism economies,' AECO Executive Director Frigg Jørgensen said.

The infection control guidelines for expedition cruises build on comparable general tourism industry guidelines for Svalbard, which the authorities earlier prepared in close collaboration with Visit Svalbard, the tourist office in Longyearbyen.

Initially open to residents of some Nordic countries only

The reopening will take place within existing national rules for entry and mandatory quarantine obligations which stipulate, for instance, that during a phased approach residents of Norway —and from June 15, residents from Nordic countries, with some exemptions — can travel to Svalbard.

Very strict criteria will have to be met by expedition cruise operators during the first phase of reopening.

These include, for example, the requirement of carrying only half of a vessel’s maximum passenger capacity, increased numbers of medical staff and guest health certificates, among other requirements. Each cruise operator will need to develop and apply individual plans based on the infection control industry guidelines, which then will be considered by the governor of Svalbard.

A beginning that gives hope for other destinations

'It will take time before all cruise operations as we knew them can be resumed, but this cautious, phased and responsible beginning with expedition cruise tourism in Norway and Svalbard is a very important step for the expedition cruise industry and everyone affected by the halt in operations,' Jørgensen said. 'This is a beginning that gives hope for the industry, and for other destinations.'

The comprehensive work that resulted in a nearly 100-page infection control guidelines document was carried out in close collaboration between the Ministry of Health and Care and the Ministry of Justice’s Department for Polar Affairs, while the governor of Svalbard as chair of the Svalbard Preparedness Council coordinated the work locally.

Jørgensen praised the Norwegian authorities for their efforts and goodwill to 'achieve this important step in the right direction.'