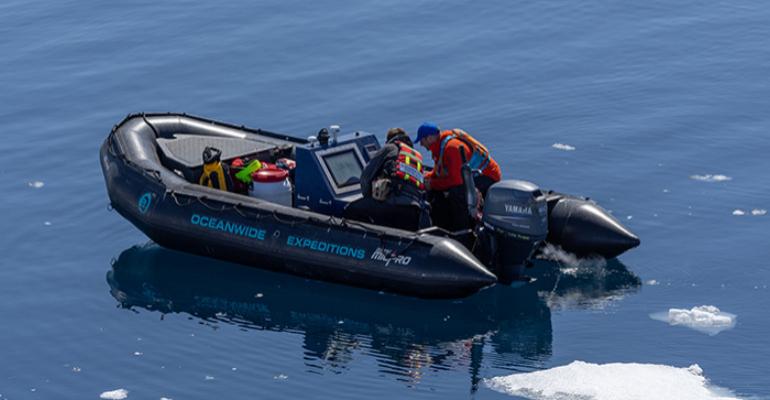 Passengers were able to share their data with Olex, contributing to its database of more than 5b measured depths

Passengers on board Oceanwide Expeditions’ Ortelius charted an area in the northwestern Antarctic Peninsula thought to have been mapped only twice since 1898, with the last recording taking place more than a century ago.

Oceanwide passengers, guides and crew helped map the area on December 11 over the course of a day, with the the voyage’s expedition leader, field operations manager, second mate, and other members of on board staff part of the group.

The Olex navigation and mapping system by Olex in Norway was used for the task. It employs sonar and GPS to collect and continuously update sea depth data, producing 3D visualisations of the seabed in real time.

Passengers were able to share their data with the Trondheim-based company, contributing to its database of more than 5b measured depths - information which can be used in fishing, port work, aquaculture, and subsea piping, and more.