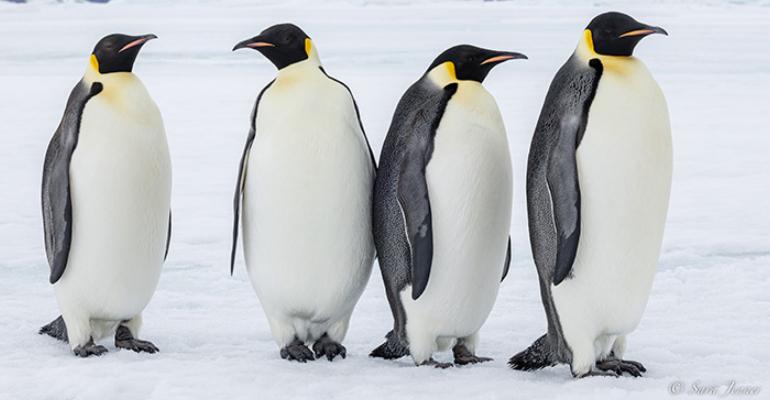 The Snow Hill emperor colony is home to approximately 2,000 penguins

Oceanwide Expeditions made its fourth consecutive landing at the emperor penguin colony on Snow Hill Island on November 18, allowing Ortelius passengers an extended period of time to observe the animals and their young in their natural habitat.

Inclement weather prevented Oceanwide flying to Snow Hill Island until last week - the first time it made the attempt in three years. Located in a particularly hostile area usually ice-locked and inaccessible even to ice-strengthened vessels, access was achieved via the ship’s helicopters.

Many of the 2,000 emperor penguins found on Snow Hill approached the ship’s passengers, who were kept at an appropriate distance from the sea birds. The helicopters also touched down at a distance suitable to prevent disturbence for the animals.

Each passenger was able to spend an hour and a half near the rookery, situated in a cluster of other Weddell Sea islands east of the Antarctic Peninsula.

Emperors are the only penguin species to breed during the Antarctic winter, and with the season drawing to a close, passengers were given the unique opportunity to observe their chicks.