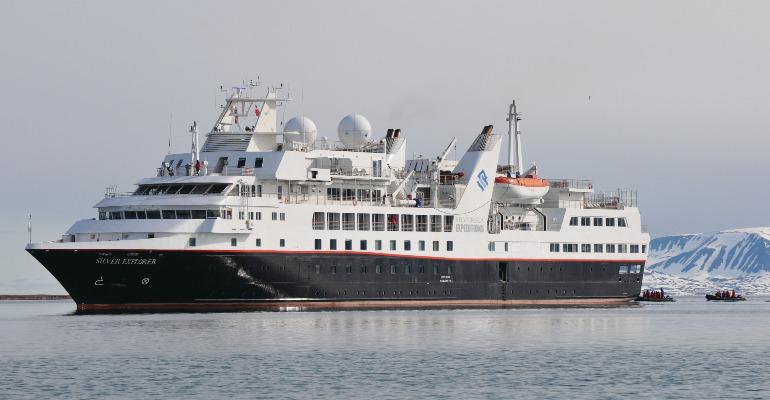 Exploris' first vessel will be Silversea Cruises' Silver Explorer, which will sail under a different name

Exploris, a new cruise line specialising in expedition voyages, will enter the French market in 2023 with Ponant co-founder Philippe Videau at its head.

The line’s first vessel is Silver Explorer, which remains in the possession of its current operator Silversea Cruises until late next year. Purchased from Silversea last year, its first voyage under Exploris is expected to be Antarctica. The new name of the vessel, once it changes hands, is yet to be revealed.

Joined by some former Ponant members, Exploris opened its first office in Paris earlier this month and is currently in the process of recruiting staff. The line is headquartered in Nantes.

Videau was one of Ponant’s original partners — all former merchant navy officers — establishing the Compagnie des Iles du Ponant in 1988 alongside Jean-Emmanuel Sauvée. Sauvée stayed with Ponant as it changed ownership and evolved from Compagnie du Ponant in 2009 to its current name, Ponant, in 2014. He remained head of the company until his exit in March 2021.

Under Silversea, the Polar Class 1A rated Silver Explorer sailed the Arctic Circle, Northeast Passage, Svalbard archipelago, Iceland and Greenland during the austral winter season. Austral summer saw the vessel sail South America and Antarctica — a course it is anticipated to follow for its inaugural sailing under Exploris.

Built at Finland’s Rauma-Repola shipyard and launched in 1984, Silver Explorer was Silversea’s first expedition cruise ship, sailing under various names before being purchased by the line in 2007 and undergoing a multimillion-dollar refit at Fincantieri in Trieste.

It was last refurbished by the ultra-luxury company in 2018, expanding its passenger capacity to 144.