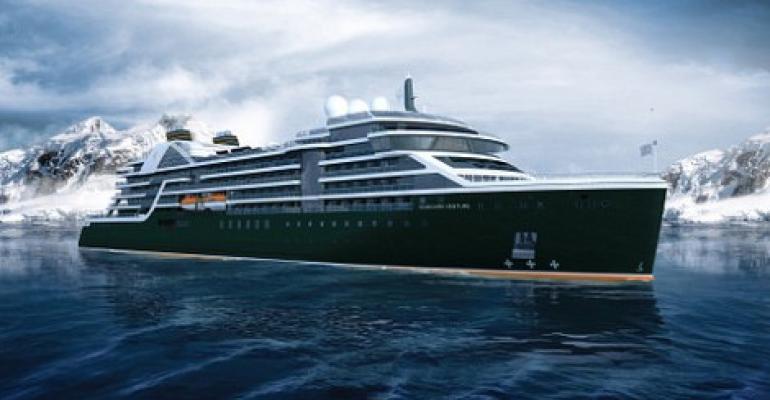 On April 10 the ship is scheduled for a 12-day 'Inaugural Wild & Ancient British Isles' voyage from Greenwich (London) to Leith (Edinburgh).

It will then sail on a 12-day 'Scottish and Norse Legends Expedition' from Leith on April 22, exploring Scotland and Norway en route to Tromsø.

From Tromsø, Seabourn Venture will embark on its previously announced deployment for its first summer in the Arctic, starting May 4. Destinations include Svalbard, the North Cape and other locations in Norway, as well as Iceland, Greenland and the Canadian Arctic.

The April 10 and April 22 trips can be combined for a 24-day voyage, while adding on the subsequent 11-day 'Svalbard Exploration' would make a 35-day trek.

Highlights include Tresco Island and its subtropical plant haven, Abbey Gardens; Dublin, UNESCO’s City of Literature; and a Zodiac cruise to Staffa Island for a glimpse into Fingal’s Cave. At Iona, St. Colomba established an abbey in 563, puffins nest on Lunga Island and St. Kilda — ‘the edge of the world’ — is a UNESCO site of rich history. It also will be possible to see archaeological treasures of UNESCO sites in the Orkney Islands and take a Zodiac cruise to the vast seabird colonies of Copinsay.

Seabourn Venture will sail to Fair Isle in the North Sea where 70 inhabitants live in traditional crofts surrounded by sheep and birds. Futher destinations are Mousa and its Iron Age round tower, Norway's Bergen with its UNESCO-recognized 14th-century wooden Hanseatic League buildings and the art nouveau city of Ålesund. Travelers can cruise by Zodiac through the Lofoten Islands and into narrow Trollfjord, discover the UNESCO site of the Vega Archipelago and the elder ducks that sustain life there, and set foot on the North Cape, Europe's northernmost point.

Seabourn Venture will further take advantage of Seabourn’s standing as the official cruise partner of UNESCO World Heritage and offer UNESCO partner tours that visit a number of World Heritage sites around the globe.