Silversea the victor in intense competition for Crystal Endeavor 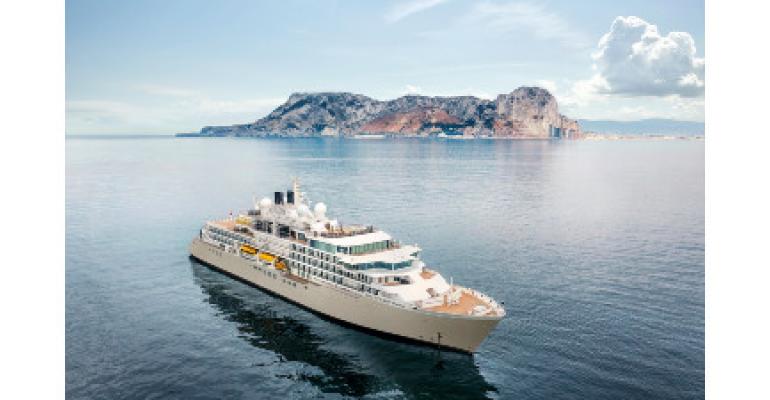 The ship will be renamed Silver Endeavour and is destined to always operate in polar waters, Silversea's Roberto Martinoli said

It's official: Royal Caribbean Group acquired Crystal Endeavor for Silversea Cruises for $275m and the expedition ship — renamed Silver Endeavour — is to debut in Antarctica in November.

'She's perfect for what we do,' Roberto Martinoli, president and CEO of Silversea, told Seatrade Cruise News.

The 200-passenger, 20,449gt ship is a 'great asset that can very well replicate the Silversea experience — the Zodiac operations, the hotel operation, the creature comforts,' he continued. The Polar Class 6 vessel is built to a 'very, very high standard' and 'very well thought out,' Martinoli said, with a 'beautiful enclosed pool' and 'a lot of open deck space to observe wildlife.'

Crystal Endeavor was a 'hot ticket' among the ships that became available with Crystal Cruises' insolvency. Two of the other confirmed bidders were The Ritz-Carlton Yacht Collection and Manfredi Lefebvre d'Ovidio's Heritage Group, which acquired Crystal Symphony, Crystal Serenity and the Crystal Cruises brand.

Delivered by MV Werften in 2021, Endeavor had entered service in the Arctic last July then completed an Antarctica season before Crystal's collapse. It has been at anchorage off Gibraltar since late March, pending a sale.

Silversea was immediately interested and hung in through a 'very complicated process' involving numerous parties.

The acquisition will be fully financed by a 15-year unsecured term loan, guaranteed by the German export credit agency Euler Hermes, with no amortization payments in the first two years.

Sources familiar with the process earlier said The Ritz-Carlton Yacht Collection put in the highest bid, with reports ranging from $350m to $375m. If true, that was around the hefty price Genting Hong Kong had said it paid for the ship — €350m, or about $385m at today's exchange rate. This would make it the most expensive passenger ship ever built at $1.9m per berth.

Factors beyond price may have come into play

'We don't know what the other bids were,' Martinoli said. Nor could he comment on the banks' decision but added that in transactions like this, 'Sometimes it's not just the price'; a host of factors may come into play.

'We are really excited,' Martinoli said. He spent a couple days onboard, personally inspecting the ship from bow to stern and was 'very pleased.'

Silversea is weighing whether it will keep the helicopters, since 'We are not big fans [of those],' as Martinoli put it.

The ship also has a casino, which isn't part of Silversea's expedition concept, so that's likely to be replaced by cabins, and the line may look to add a few more rooms elsewhere because Endeavor is so spacious.

Martinoli isn't sure whether such work can be done before the Antarctica season; it depends on the supply chain and the availability of materials. Most likely the ship will go to a Mediterranean yard for minor changes like getting its new name.

Silver Endeavour will replace Silver Explorer for the 2022/23 Antarctica season from Puerto Williams, Chile, including the Antarctica Bridge sailings. Explorer is expected to be idle for a few months before resuming service.

Going forward, Silver Endeavour will 'always be in polar waters,' according to Martinoli, and move quickly between the Antarctica and Arctic seasons.

This makes the fifth expedition ship in a fleet of 11 for Silversea, and the fourth to join since 2020.

'Our aim is to add more capacity beyond Endeavor,' Martinoli said. 'We continue to work on a newbuild design. [Endeavor] is an opportunity to accelerate our growth plans in the expedition sector.'

As part of the ongoing RCL Cares program, Royal Caribbean Group will protect the deposits of travelers who were booked on Crystal Endeavor and make a new booking on one of the Group's global brands – Silversea, Royal Caribbean International or Celebrity Cruises.

'We believe those Crystal guests will receive back their deposits, but we want to give them added assurance,' said Jason Liberty, president and CEO, Royal Caribbean Group.

To the extent Crystal Endeavor passengers do not get their deposits back from other sources, Royal Caribbean Group will refund any amount paid on their new booking up to the amount of their lost deposit from Crystal. Terms will be provided soon on each brand's website.