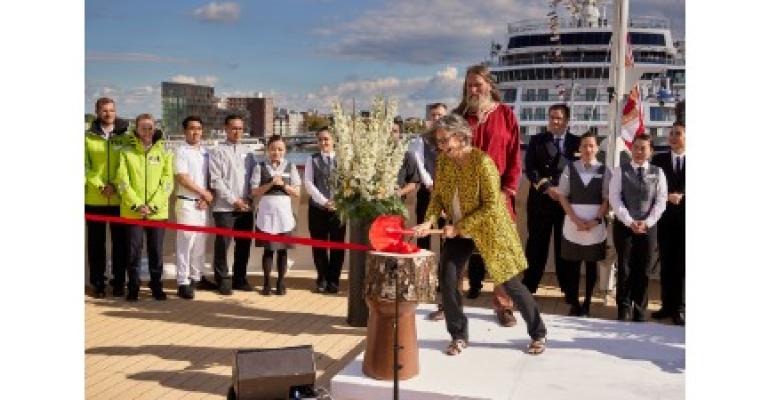 Friday's event put together three classes of Viking vessels for the first time and commemorated the company's 25th anniversary.

The newly delivered Viking Polaris and sister Viking Octantis will soon spend the austral summer in Antarctica before sailing together in the Great Lakes during spring and summer 2023. 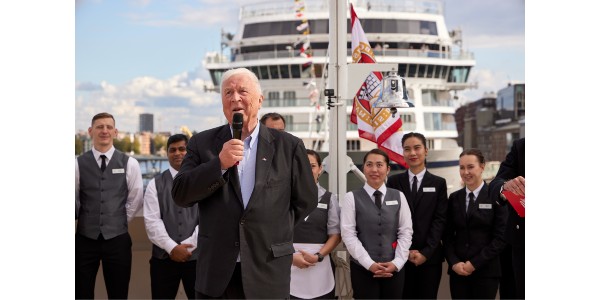 'Today is historic for Viking — to celebrate our 25th anniversary, to have all classes of our ships sailing together for the first time, and to name our phenomenal new expedition vessels,' Viking Chairman Torstein Hagen said. 'We are very grateful to their godmothers, Liv Arnesen and Ann Bancroft, for honoring us. As renowned explorers who became the first women to ski across Antarctica, they are the perfect choice for ships that are designed for expeditions.'

Explorers and educators Arnesen and Bancroft, the respective godmothers for Viking Octantis and the Viking Polaris, were in Amsterdam, with Arnesen remotely naming Viking Octantis, connected by video from the Great Lakes.

Arnesen and Bancroft assisted in breaking a bottle of Norwegian aquavit on each of the ship’s hull. Norway's superstar soprano Sissel Kyrkjebø, Viking Jupiter's godmother, and the celebrated violinist Tor Jaran Apold performed. Passengers on all three Viking ships in Amsterdam were able to join in the ceremony and witness the convoy from their vessels' respective outdoor viewing areas. 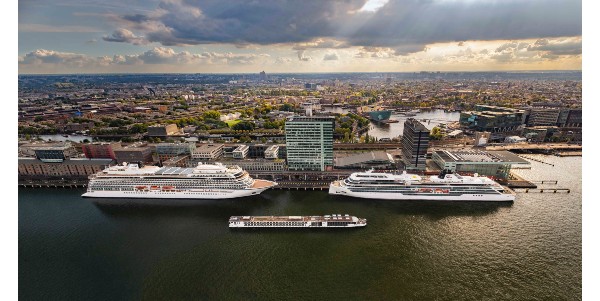 Viking’s 25th anniversary celebration in Amsterdam is the most recent event during a milestone year in which the company has also welcomed to its fleet eight new Viking Longships on the rivers of Europe and new purpose-built vessels on the Mekong, Nile and Mississippi rivers. By the end of 2022, two new, identical ocean ships will have also joined Viking’s fleet.

Viking Octantis godmother Arnesen, a native Norwegian, is an educator, cross-country skier, explorer and lecturer. She led the first unsupported women’s crossing of the Greenland Ice Cap in 1992.

Her ship is named after Sigma Octantis, the south star; Arnesen was chosen specifically because of her accomplishment as the first woman in the world to ski solo and unsupported to the South Pole. She will periodically serve as a member of the Viking expedition team in Antarctica and beyond.

Ann Bancroft, an American polar explorer, educator and author from Minnesota, became the first woman to successfully ski to both poles in 1993. Bancroft also led the first American women’s east to west crossing of Greenland and dogsled 1,000 miles from the Northwest Territories in Canada to the North Pole.

Her ship is named after Polaris, the north star; Bancroft was chosen as godmother because of her accomplishment as the first woman to reach the North Pole by sled and foot. She is the founder of the Ann Bancroft Foundation to inspire girls and build confidence. 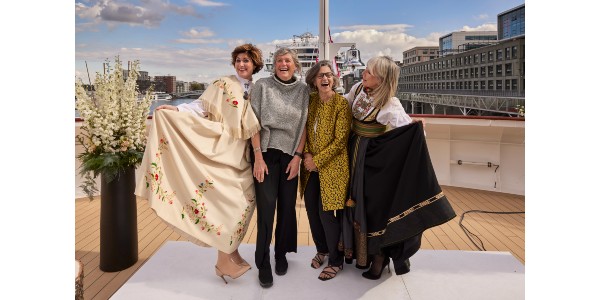 For more than 20 years, Arnesen and Bancroft have worked together and in 2001, they became the first women to ski across Antarctica. Together they co-founded Bancroft Arnesen Explore / Access Water, an initiative that aims to engage and empower more than 60m minds to create a sustainable tomorrow.