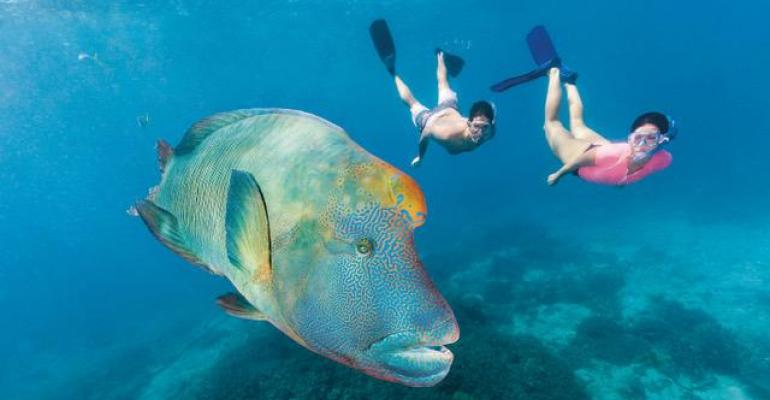 Up close to marine life on the Great Barrier Reef

Back to the drawing board

‘Coral Expeditions pioneered expedition cruising on the Great Barrier Reef in 1985 and we have gone back to the drawing board,’ Commercial Director Jeff Gillies said.

Gillies said the redesigned programme reflects on how guest expectations and the geography of the Reef itself have evolved over three decades.

‘Exploring the Great Barrier Reef is in our DNA and we aim to create experiences beyond imagination in this new era,’ Gillies said.

‘Our new seven-night expeditions, “Outerknown Adventures on the Great Barrier Reef,” focus on the lesser seen outer reefs and islands of the northern region and will offer guests from across the globe an authentic and immersive experience like no other available on the reef.'

He said new destinations include the Daintree Rainforest, Hope Island and remote Osprey Reef, described by Sir David Attenborough as ‘an oasis for living creatures of all kind.’ Osprey Reef lies beyond the continental shelf and is an isolated seamount rising 2,000mtrs above the seabed within the outer limits of the Coral Sea Marine Park.

He said the all-inclusive 72-passenger yacht-like Coral Discoverer, which was purpose built with a shallow draft allowing access to remote locations, will have an expert expedition team on board.

Highlights will include learning about indigenous culture, walking tours in historic Cooktown and the Daintree Rainforest, as well as a walk to the summit of Lizard Island.

There are also visits to a turtle rehabilitation centre and opportunities to swim, snorkel and dive or simply view the marine species of the Great Barrier Reef.