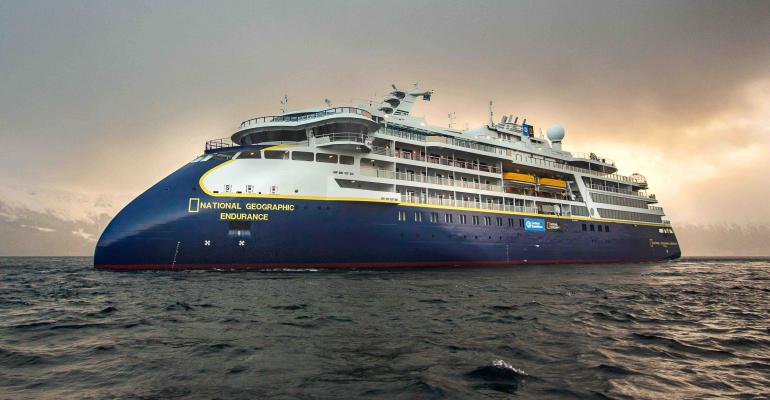 The ship was put through a series of exercises testing its engines, Azipods, navigation systems and emergency maneuvers.

The first of two new polar vessels for the line, the 126-passenger National Geographic Endurance is is built to PC5 Category A standard and is fully stabilized.

It features the distinctive X-Bow, a patented Ulstein design, for a smoother ride and better seakeeping, which should result in greater fuel efficiency/reduced emissions.

National Geographic Endurance has returned to Ulstein Verft for final outfitting prior to scheduled delivery in March.

The maiden voyage, ‘Svalbard in Spring: Polar Bears, Arctic Light and Epic Ice,’ is set to embark April 2, followed by a series of expeditions exploring areas both familiar and new to Lindblad.

Among the new: the Northeast Passage, with sailings on July 16 from Tromsø, Norway, to Nome, Alaska, and the reverse route on Aug. 9.