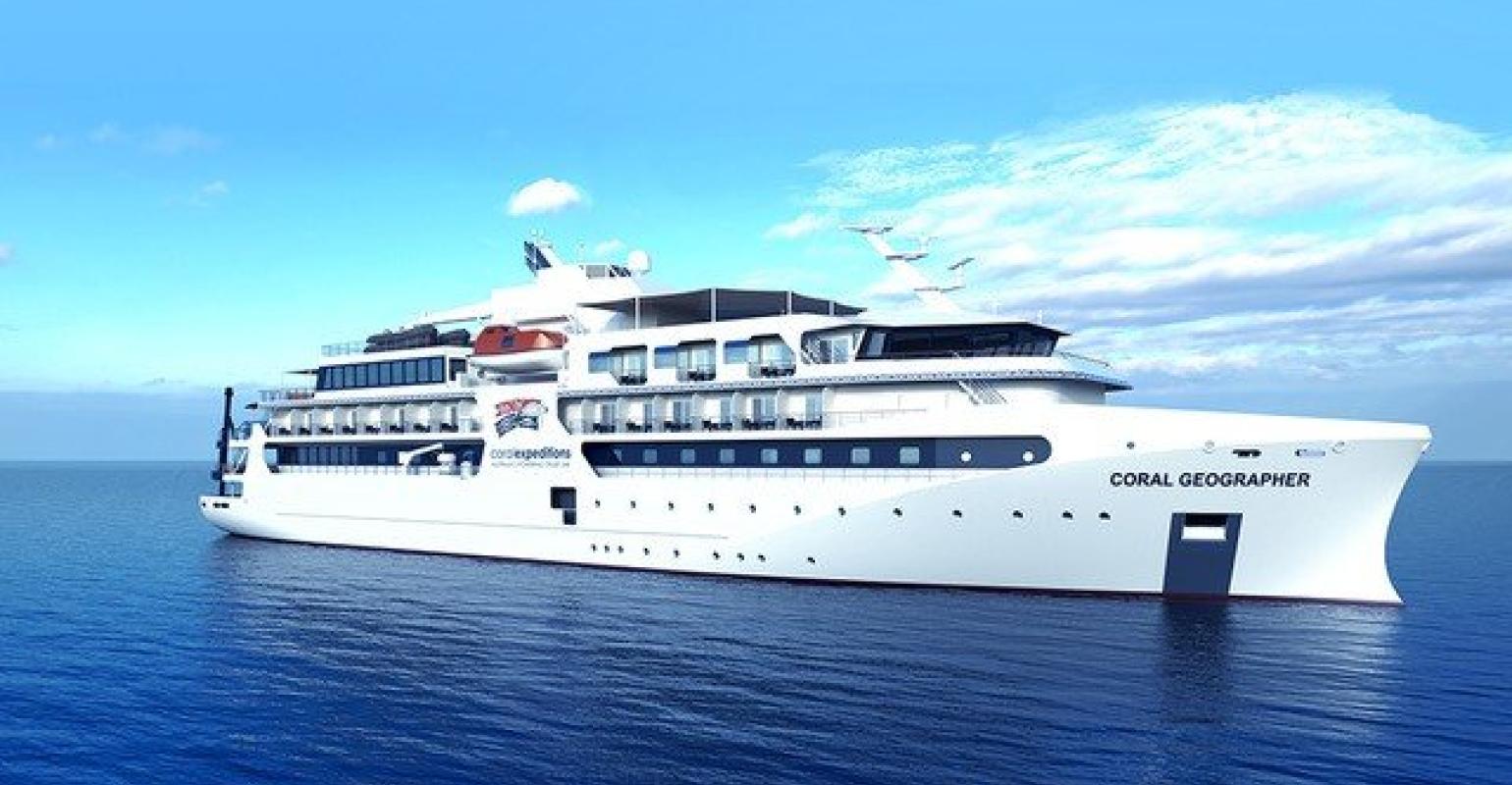 Australia’s Coral Expeditions has released three new voyages to be undertaken by the 120-passenger Coral Geographer being built at the Vard Yung Tau shipyard in Vietnam.

A sister ship to Coral Adventurer launched earlier this year, Coral Geographer is due to take Coral Expeditions’ fleet to three all blue water ships when she  arrives in January 2021.

She will sail to some of the most remote islands across the vast arc of the Indian Ocean during February, March and April 2021.

She will depart Mauritius on February 17, 2020, on a 17-night ‘Small Islands at the edge of Africa’ expedition taking in the coastlines of Mauritius, Reunion, Madagascar, Mozambique and Tanzania, before arriving in Zanzibar on March 6.

A 19-night ‘Navigating the Indian Ocean’ voyage from Zanzibar to Fremantle in Western Australia follows.