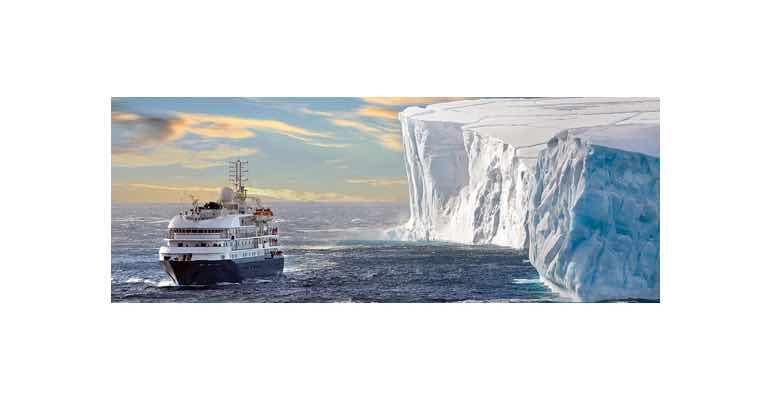 Poseidon Expeditions signed an agreement to extend its charter of Sea Spirit from SunStone Ships by two years.

This will keep the 114-passenger Sea Spirit sailing for Poseidon until May 2024.

Poseidon Founder and President Nikolay Saveliev added that plans are still moving forward for a newbuild to carry fewer than 150 passengers, but an official announcement with details is to come.

'With the Sea Spirit, we have a smaller-capacity, premium vessel that’s perceived as very desirable compared with most of the newly announced polar-class ships in the range of 200 to 500 passengers,' Saveliev said.

'Those wanting to go to Antarctica or to the Arctic understand the advantages that a smaller vessel can provide — better access to remote areas and landing sites, more "face time" with the expedition team and a camaraderie among guests and staff that is more difficult to achieve aboard larger ships.'

High performance in the polar regions

According to Saveliev, Sea Spirit has delivered a consistently high level of service and performance in the polar regions thanks to its officers, catering and hospitality team. SunStone, he said, has done a 'great job keeping the passenger areas renovated and the technical features consistently updated,' for example, by installing the latest Rolls-Royce zero-speed stabilizers in 2019.

'Combined with our exceptional expedition staff, which curates experiences for our guests that are engaging, educational and fun, it’s no wonder the Sea Spirit achieves a 4.9 ranking out of a possible 5 from TrustPilot, the well-established third-party review site,' Saveliev added.

Sea Spirit migrates between the two polar regions, Antarctica and the Southern Ocean from late October through mid-March and the sub-Arctic and Arctic regions of the British Isles, Svalbard, Franz Josef Land and Greenland from mid-May through September.

Poseidon Expeditions has sales offices in the US, UK, Germany, Russia, Cyprus and China.