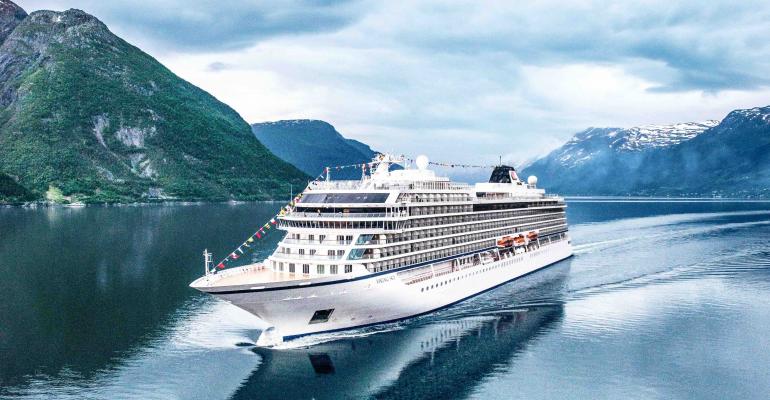 A Viking ship is pictured in Eidfjord, Norway, a stop on 'Viking Homelands,' one of the maiden season itineraries for Viking Venus PHOTO: Viking
Viking’s seventh ocean ship, Viking Venus, will join the fleet in early 2021 for a maiden season in Northern Europe.

Viking also will expand its offerings in the Mediterranean with five new itineraries that include Istanbul, marking the company’s return to the iconic city. The new eight-day ‘Ancient Mediterranean Treasures’ will sail between Piraeus and Istanbul, with overnight stays in both.

Viking Sky will operate the program, starting in April 2021.

Other destinations include Çanakkale for the ruins of Troy and the battlefields of Gallipoli, Kuşadasi for ancient Ephesus, Rhodes with its walled city, a UNESCO World Heritage Site; and Crete’s Heraklion for the Palace of Knossos.