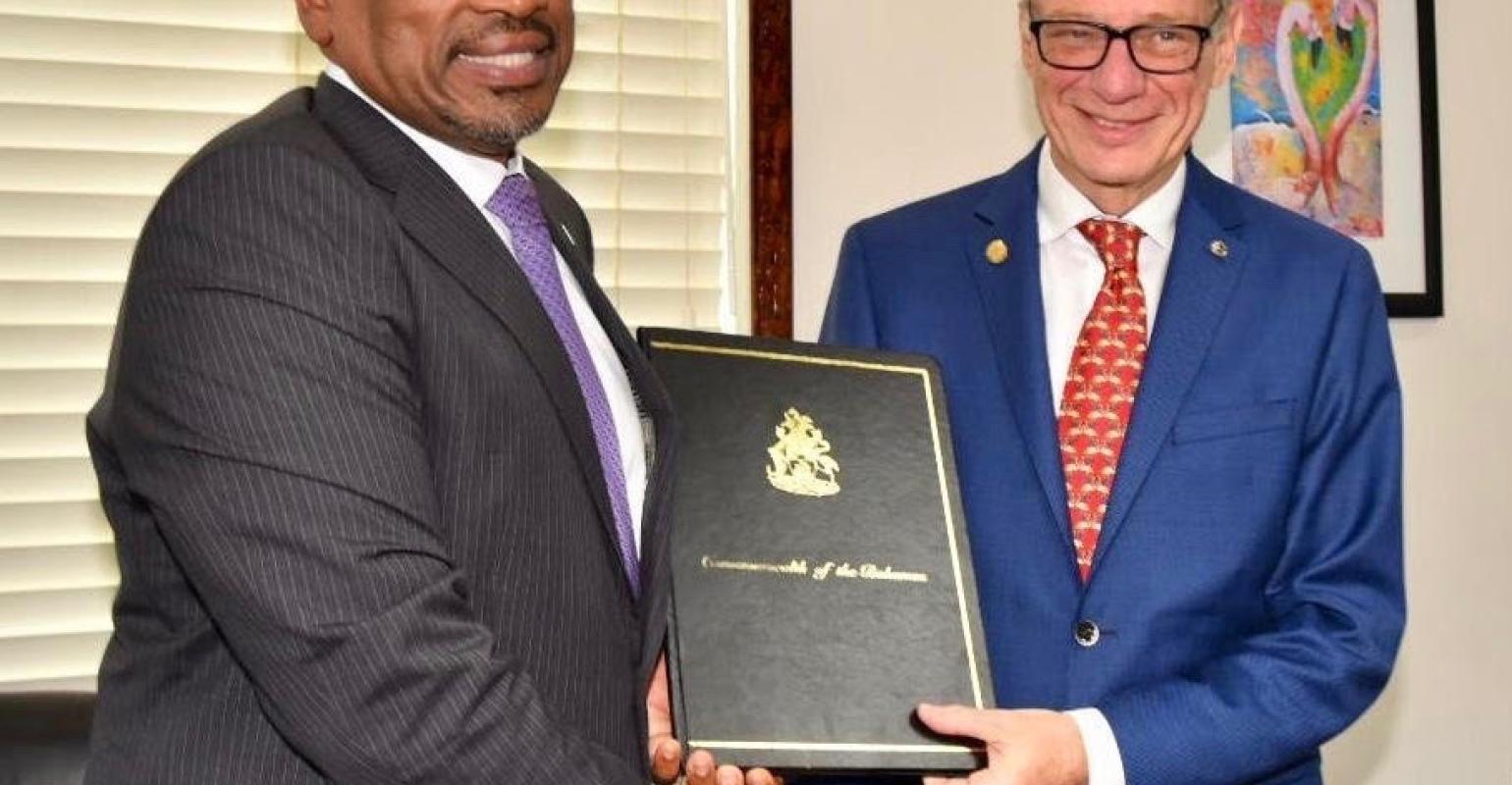 Carnival Corp. & plc and two of its brands inked an agreement with the Bahamas to build a pair of major port developments.

Grand Bahama and Half Moon Cay

One is primarily for Carnival Cruise Line on Grand Bahama Island and the other will build an addition, including a pier, on Little San Salvador, home to Holland America Line’s Half Moon Cay.

The Grand Bahama project represents an investment of more than $100m, and the Little San Salvador development will cost an estimated $80m over time.

The agreement was signed today at the prime minister’s office in Grand Bahama at a ceremony with Prime Minister Hubert Minnis, Deputy Prime Minister and Minister of Finance Peter Turnquest; Sen. Kwasi Thompson, minister of state for Grand Bahama, and other cabinet ministers. Several Carnival Corp. and Carnival Cruise Line executives were also in attendance, including Giora Israel, David Candib, Armando Corpas and Marie McKenzie, all from Carnival Corp.’s port and destination group and the leadership team for both projects. Also on hand were Terry Thornton and Chris Chiames, representing Carnival Cruise Line.

‘We are very pleased to announce that Carnival Corporation’s projects in the Bahamas are full speed ahead,’ Minnis said. ‘These developments and the significant investment in world-class tourism and hospitality operations are such a boon for our initiatives for national prosperity and economic stability.’

Once environmental and other permitting processes are completed, construction for both projects is projected to start by mid-2020. The developments are expected to play an important role in the country’s recovery from Hurricane Dorian.

Carnival Corp.’s plans include construction parameters that are designed to meet or exceed guidelines for being able to mostly withstand the impact of a Category 5 hurricane.

‘This is an exciting day for all of us involved with these two extraordinary development projects,’ said Israel, SVP global port and destination development. ‘We have been working with the prime minister and his staff for some time with a shared vision for our design plans, and we want to extend our sincere gratitude for their collaboration and partnership. Our collective goal is to maintain the reputation of the Bahamas as one of our most popular and welcoming destinations for years to come, and it is very rewarding to see our joint vision finalized with today's agreement.’

Jobs and a major boost for recovery

Israel added: ‘In the aftermath of Hurricane Dorian, there is poignancy with the timing of today's agreement, and as we prepare for the pre-construction phase of these projects to begin early next year, they will provide jobs and a major boost to the recovery and rebuilding effort.' At the same time, he added, 'it is important to point out that much of the Bahamas experienced little impact from the storm.’

Two weeks ago, Carnival Cruise Line, Holland America and Princess Cruises announced they are resuming regular sailings to Nassau, Half Moon Cay and Princess Cays this and next month. Those destinations received little impact from Dorian.

The two developments will allow Grand Bahama and Little San Salvador to handle passengers from larger ships, such as Carnival’s Mardi Gras, which will debut in August 2020 as North America’s first LNG-powered cruise ship. At 180,000gt, it also will be the Carnival brand’s biggest vessel.

South side of Grand Bahama

The new Grand Bahama destination will be developed on the south side of the island in cooperation with the Grand Bahama Port Authority and the government of the Bahamas. It will be able to accommodate up to two ships at once. Carnival said the destination will offer a Bahamian atmosphere with a spectacular beachfront and exciting features, with more details to be revealed over the coming months.

Half Moon Cay on Little San Salvador is visited by Holland America and Carnival Cruise Line ships. The current development on the western side covers less than 3% of the 2,400-acre island and includes a tender marina. The new addition will be on the northern part of the island and include a pier able to accommodate larger ships.

Together, the new port expansion and existing facilities will account for only about 10% of the island, leaving the remainder untouched, as committed to in the original purchase agreement to maintain the vast majority of the island as a nature preserve and wild bird sanctuary.

In both developments, Carnival Corp. and the government have established several key objectives, with a high priority on protecting the local environment, using renewable energy, significantly reducing or eliminating single-use plastics and other items, and similar environmentally friendly initiatives, as well as working with local business interests to create jobs and entrepreneurial opportunities for Bahamians.

Carnival Corp. said it is also exploring further opportunities to deepen its involvement in the community and local cultural events, activities and organizations.

The company’s humanitarian efforts after Dorian have included the delivery of nearly 3,000 tons of food and supplies through donations and a partnership with Tropical Shipping. Carnival Liberty and Carnival Pride also visited Freeport to deliver relief supplies, including dozens of pallets of water, generators and chain saws

In addition, Carnival brands are conducting donation drives to support the Bahamas through Direct Relief and World Central Kitchen. To date, Carnival Cruise Line passengers and employees have donated more than $500,000 to the two organizations.

Separately, in coordination with the Micky and Madeleine Arison Family Foundation, $2m has been pledged in funding and in-kind support for the relief efforts.