Carnival Vista pods to be fixed in Boskalis 'floating dock' 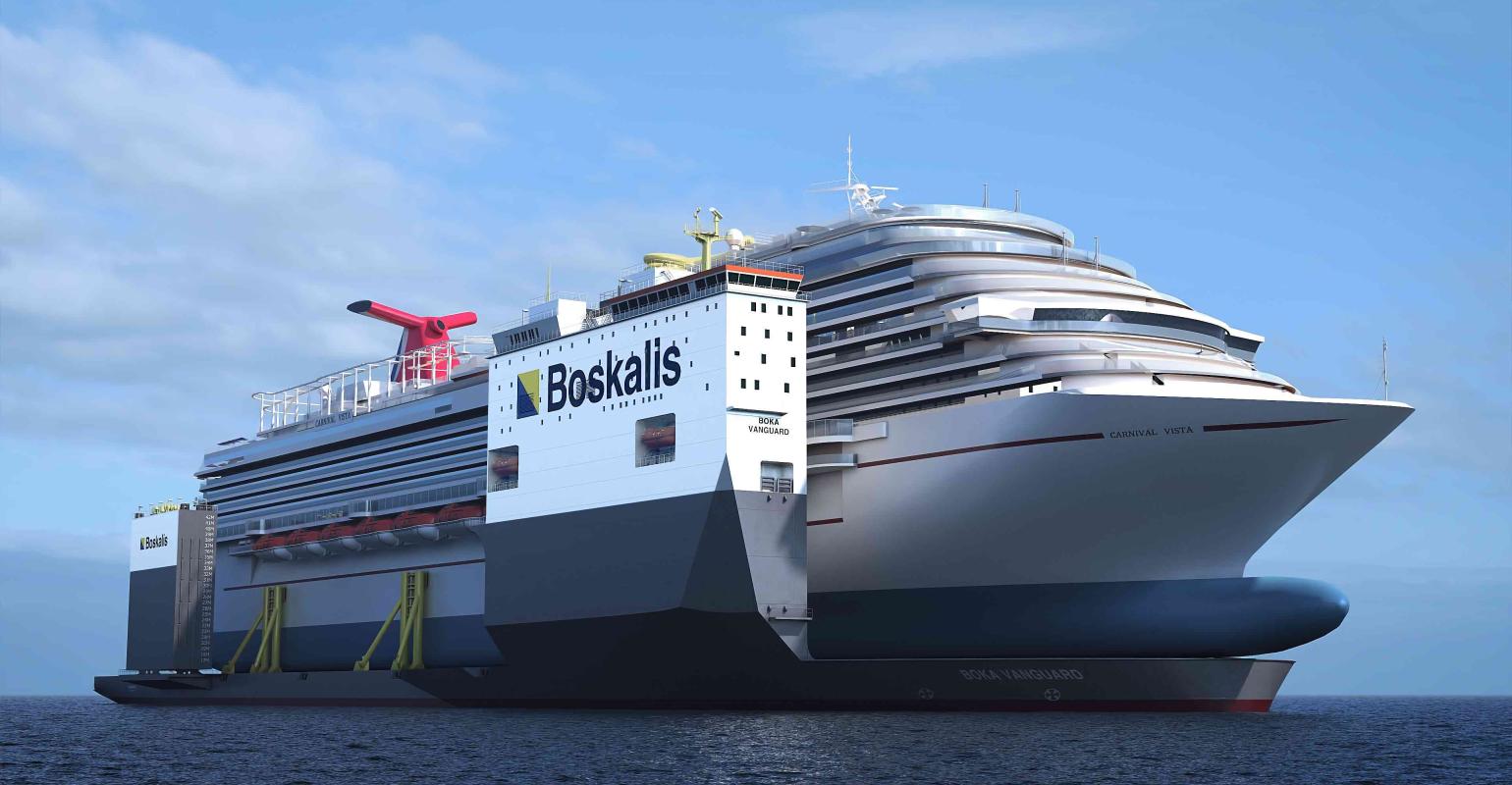 The novel procedure will entail loading the ship onto Boka Vanguard which will then hold Carnival Vista, like a floating drydock, at Grand Bahama Shipyard for the replacement of the pod bearings.

A video animation detailing the process is here.

'This groundbreaking procedure made possible by Boskalis is a revolutionary way to ensure Carnival Vista’s repairs are completed in a safe, timely and efficient manner, so the ship can resume her popular seven-day schedule from Galveston later this month,' said Lars Ljoen, EVP marine operations for Carnival Cruise Line.

Boka Vanguard is expected to arrive in Bahamian waters on Friday to prepare for Carnival Vista’s arrival on July 12. The loading, transport and repairs are expected to take approximately two weeks, allowing Carnival Vista to return to Galveston in time for its July 27 voyage.

From then, the ship will continue with year-round seven-day Caribbean itineraries. Carnival Vista has been unable to achieve maximum speed due to an issue with one of its two Azipods and has been operating revised itineraries for several weeks.

In 2016, a heavy lift vessel was used to transport Ponant's Le Boréal from Punta Arenas, Chile, to Europe, for repairs. And in 2013, such a vessel was engaged as a possible alternative to transport the Costa Concordia wreck after it was refloated from the sea floor.

In the end, that solution was not used for Concordia.