China is getting the fifth Oasis-class ship, Wonder of the Seas 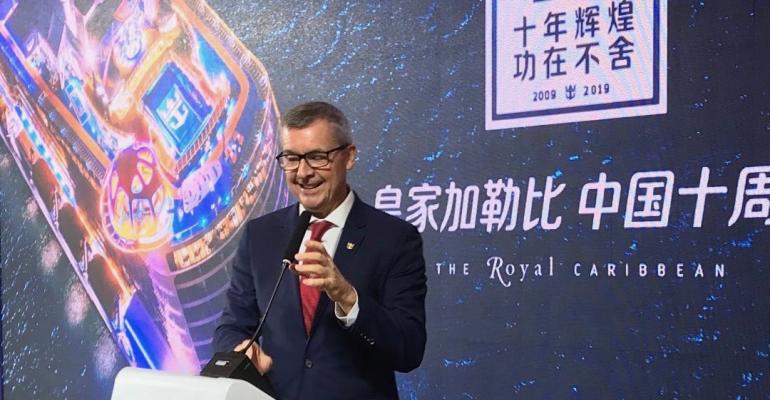 Oasis 5, to be called Wonder of the Seas, is going to debut in Shanghai in mid-2021. This underscores Royal Caribbean's commitment to the China market and makes a big statement: That the market is ready for the world's largest class of cruise ship.

The 227,000gt vessel is being built at Chantiers de l’Atlantique, where the keel for the vessel was laid today. The 970-ton block was lowered into place by a 1,400-ton crane.

Before this, China got the first Quantum Ultra newbuild, Spectrum of the Seas, which debuted earlier this year in Shanghai as Asia's largest cruise ship.

Wonder of the Seas continues the even bigger Oasis series, whose last introduction was 2018’s Symphony of the Seas. Royal Caribbean has said Oasis 5 will have the same seven-neighborhood concept, thrilling experiences, imaginative dining, exciting entertainment and the latest technology.

Earlier this year, Royal Caribbean entered into an agreement with Chantiers de l’Atlantique for a sixth Oasis-class ship, to be delivered in fall 2023.