Hanseatic Inspiration is named in Hamburg, with an expeditionary twist 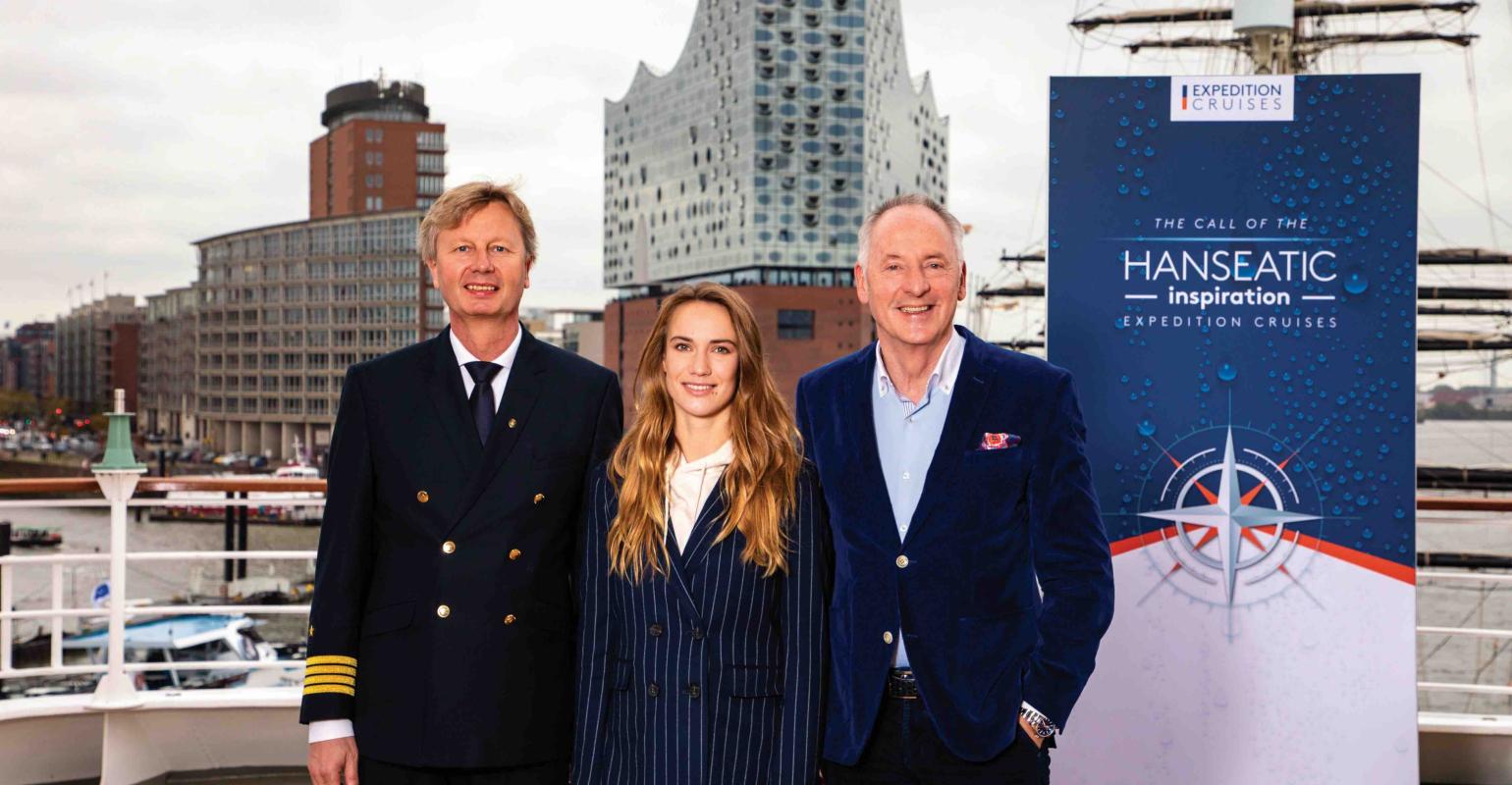 Capt. Ulf Wolter, godmother Laura Dekker and Karl J. Pojer, CEO Hapag-Lloyd Cruises, during the christening ceremony for Hanseatic Inspiration PHOTO: ©Richard Huebner/Hapag-Lloyd Cruises
Hanseatic Inspiration was named during Friday night festivities in Hamburg that took some 230 guests into Zodiacs and boats on the Elbe River for a simulated expedition via projections on the side of the ship.

Laura Dekker, the youngest person to circumnavigate the globe single-handed, served as the godmother.

At 9:30 p.m. the naming ceremony guests boarded Zodiacs and launches. For one evening, the Elbe and Hanseatic Inspiration became the setting for a naming ceremony in keeping with expedition cruises.

Eleven high-powered projectors put on a 12-minute multimedia show that took the audience on a virtual cruise to the Arctic, the Antarctic and the Amazon. The 3-D mapping — 140 meters/459 feet wide and 22 meters/72 feet high — was designed and programmed specially for the event.

Musical accompaniment was provided by Oonagh, the German pop star and two-time Echo winner, as well as Terje Isunget, the Norwegian musician known for his instruments made of ice.

‘The second ship in our new expedition class is a further milestone in our company’s history. With these three new ships, we are positioning ourselves in the exclusive five-star expedition segment, as already demonstrated by the Hanseatic Nature, said Karl J. Pojer, CEO of Hapag-Lloyd Cruises.

Capt. Ulf Wolter and his crew are set to leave Hamburg on Saturday, bound for Antwerp where, on Monday, Hanseatic Inspiration will begin its 15-day maiden voyage to Tenerife.