Marking 20 years as a cruise homeport, Seattle looks ahead 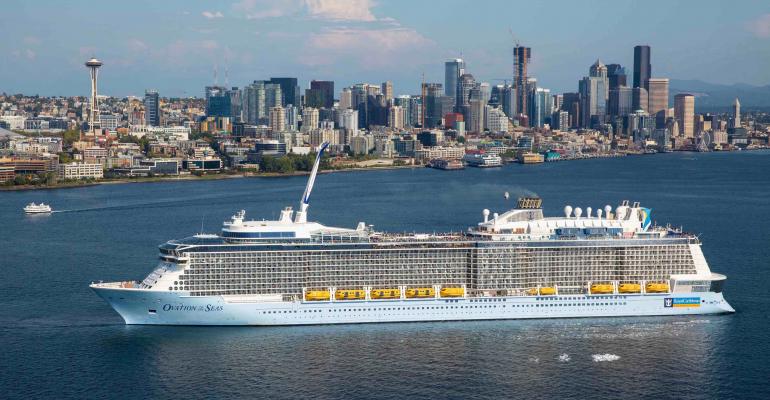 The Port of Seattle is marking 20 years as a cruise homeport.

It was Norwegian Cruise Line that initiated turnarounds there, and the port has grown into a West Coast leader with a record 1.2m revenue passengers expected this year.

Cruise ships made transit calls in Elliott Bay prior to the port building a homeport terminal. Regularly scheduled cruise service began in May 2000 from Bell Street Pier (66) with a long-term commitment from NCL, beginning a partnership that lasts to this day.

Documenting a vision for growth

Tuesday’s 20th anniversary festivities were to include a walk of stars with the names of all the cruise ships that have called at Seattle and a video tracing the port’s ‘build it and they will come’ philosophy. The documentary includes commentary by NCL’s Andy Stuart, Holland America Line’s Orlando Ashford and Royal Caribbean’s Adam Goldstein.

The focus is how the port has stayed ahead by continuing to invest in infrastructure, with each cruise terminal design envisioning next-generation ships, according to McLaughlin.

Along with Pier 66, which completed a $30m expansion in 2017 and homeports the vessels of NCL and Oceania Cruises while also serving transit calls, the port’s Smith Cove Terminal at Pier 91 is now in its 10th year of operation. That facility handles Holland America, Princess Cruises, Carnival Cruise Line, Celebrity Cruises and Royal Caribbean.

This year Seattle has hosted the three largest cruise vessels on the West Coast: Norwegian Joy, Norwegian Bliss and Royal Caribbean’s Ovation of the Seas.

Royal Caribbean is using facial recognition technology to process passengers, and Princess is expected to begin that soon, McLaughlin said.

Light rail service to the airport is now available. Some day, who knows, transportation could even be facilitated by electric vehicles, autonomous vehicles and Uber's new electric helicopters.

Three groups have been shortlisted to develop a new cruise facility at Terminal 46. The RFP was extended from Sept. 18 to Oct. 16, with the selection of the port’s development partner in the anticipated $200m project expected to be made in the first quarter of 2020.

A 2023 opening is targeted. Much of the timing will depend on the private-sector partner's capabilities.

Seattle has booked some 225 cruise calls for next season, which will see the earliest ship visit ever, during the first week in April. The last call is in October. Peak period is July-August, during school vacations, when some ships routinely post occupies of 115%.

NCL is adding a vessel for longer cruises, while another line is in discussions about a midweek slot.

Besides, ‘So much is happening in Alaska,’ McLaughlin noted. Among projects there, NCL is supporting the construction of a second pier at Icy Strait Point and the creation of a two-berth dock at Ward Cove near Ketchikan, and recently purchased waterfront property in Juneau. Other developments are brewing.

Alaska’s success is driving lines to secure their positions in this booming market, which is great for Seattle, McLaughlin noted.