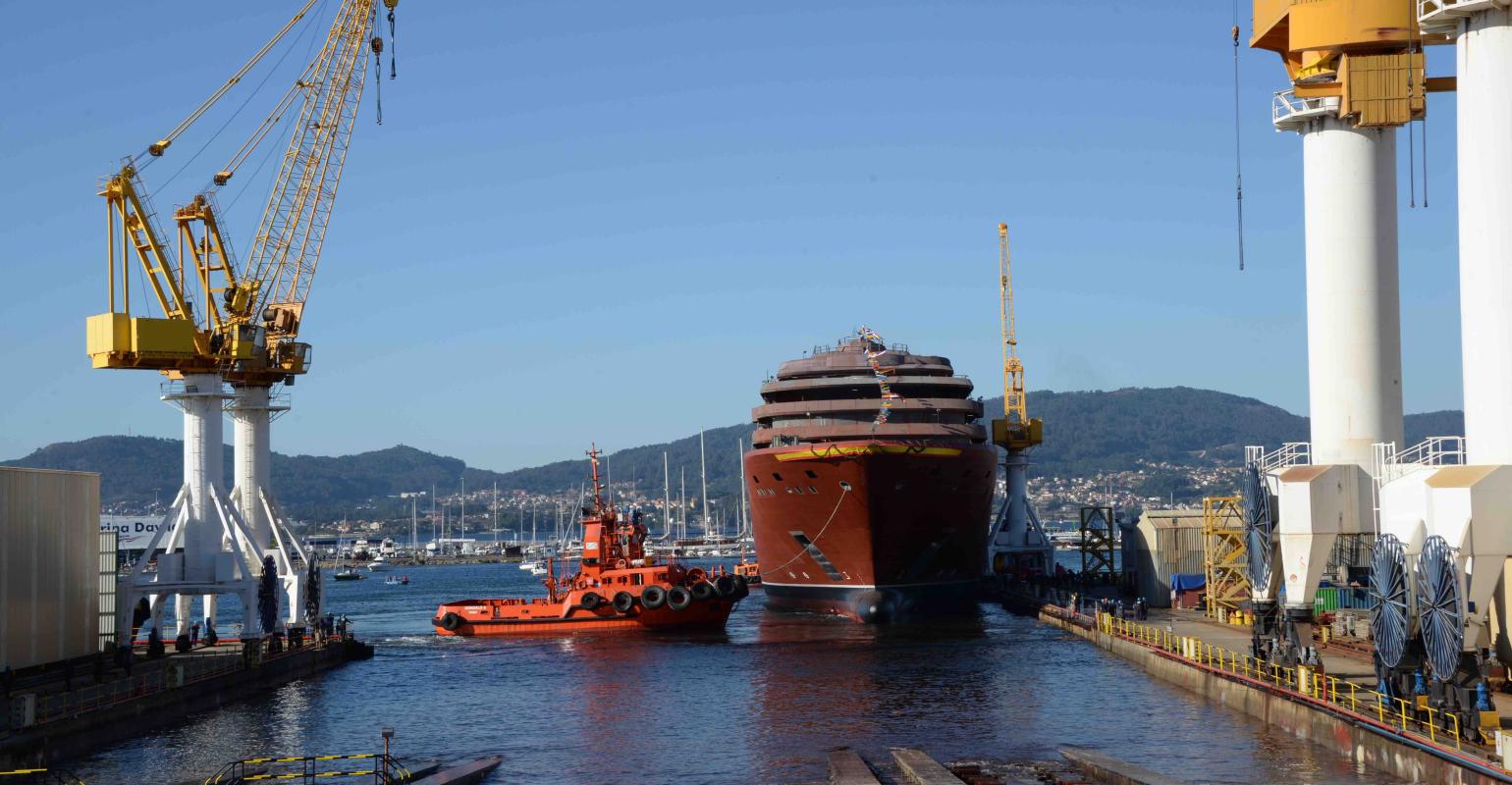 The Ritz-Carlton newbuild is depicted after its traditional launch down the slipway on Oct. 10, 2018

The Ritz-Carlton Yacht Collection's inaugural sailing remains set for Feb. 5, company spokespersons said, despite a report from Spain about a shipyard delay and cost overrun.

La Voz de Galicia said Astillero Hijos de J. Barreras Shipyard notified the cruise line last week that it was seeking an additional €50m — pushing up the cost of the newbuild to €290m. In addition, the paper reported the yard raised the need to postpone delivery six months from the last reference date, Dec. 5.

There had always been time built in from delivery to the Feb. 5 inaugural in Fort Lauderdale, following a four-night mini-cruise from Florida that overlaps the Super Bowl (to be played Feb. 2 in Miami).

La Voz de Galicia added such a delay could impose a sharp penalty to the shipyard, estimated at €25m.

They did not address additional emailed questions and said officials were traveling.

HJ Barreras did not respond to emails on Friday or Monday.

On May 30, The Ritz-Carlton Yacht Collection firmed the order for a sister ship for delivery in 2021.