Star Clippers and Brodosplit in dispute over Flying Clipper delivery 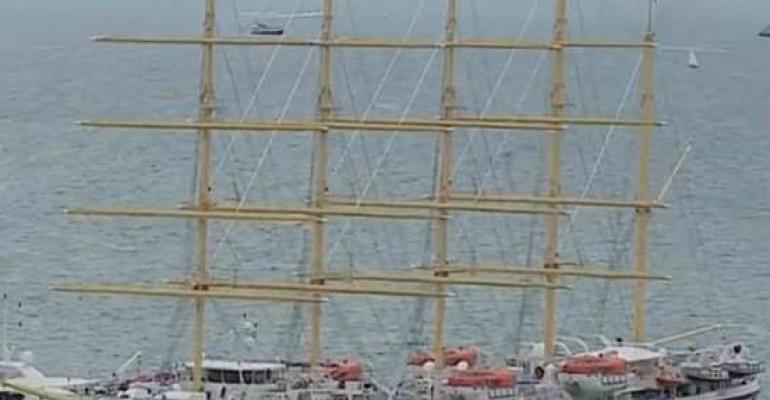 However, the 162mtr newbuild remains at the shipyard and handover is postponed due to a dispute with the buyer. The yard told Seatrade Cruise News it is seeking a new buyer.

Brodosplit said it has terminated the agreement on construction, blaming the ship’s buyer’s ‘failure to meet contractual obligations, which have delayed the vessel’s expected 2018 handover date', adding it has 'taken all necessary legal actions to protect our interests and settle our claims and decisions have already been made by competent authorities in various jurisdictions to secure Brodosplit claims.’

Eric Krafft, son of Mikael Krafft, founder and CEO of Star Clippers, confirmed the dispute, saying: ‘Despite the new building being almost two years late Star Clippers would like to take delivery and is willing to respect the terms of the contract.’

Construction of the square-rigged barque, a near-replica of the France II, started five years ago and, according to Brodosplit, delivery deadlines were extended due to the buyer’s delay in delivering masts, rigging and sails, as well as necessary technical documentation.

Brodosplit also claims the buyer ‘unjustifiably activated bank funding which included a €12m state guarantee.’ However, the shipyard had taken ‘all necessary legal actions to block these funds until the arbitration process is completed’, the yard spokesman said.

Krafft confirmed the process of arbitration in the Netherlands is currently under way as the shipbuilding contract falls under Dutch law.

Brodosplit told Seatrade Cruise News it is no longer obliged to hand over the ship to the buyer and is free to dispose of the newbuilding adding ‘there is a great deal of interest in this unique vessel.’