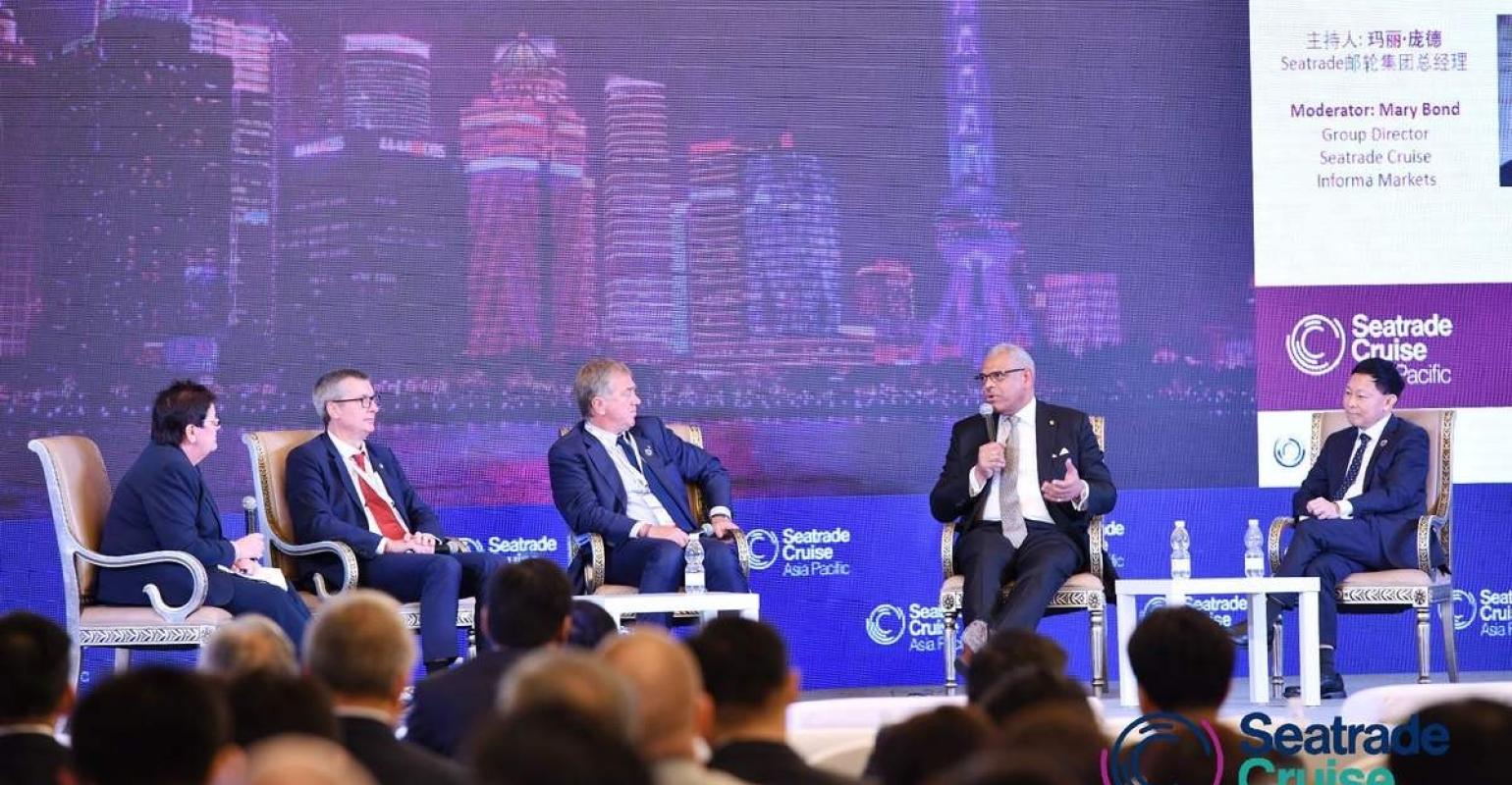 Bayley commented: ‘If I had one word to describe the Asia Pacific cruise industry, it would be astonishing; China is the driver of significant progress in the market and  we are bringing the largest cruise ship here.’

He had earlier announced the brand’s 5th Oasis class ship to be named Wonder of the Seas will debut in Shanghai in mid-2021. The 227,000gt vessel’s keel was laid today at Chantiers de l’Atlantique and further outlines Royal Caribbean’s commitment to the China market.

MSC Cruises is bringing 170,000gt MSC Bellissima to China in April 2020, its biggest capacity ship in the local market yet, and Vago said more will follow: ‘We are at the beginning of a journey,’ he stated. China has great potential as well as other countries in Asia, such as Japan and Singapore, he said.

Referencing the arrival in China of purpose-built Costa Venezia this year followed by sister Costa Firenze next, Donald said: ‘There’s so much opportunity. I do see growth here.’

He continued, ‘The test is to convey what cruise really is in China,' which he referred to as ‘one of the most vibrant areas of the world.’

No stopping the Chinese

Wrapping up the session, moderator Mary Bond, director Seatrade Cruise, asked each of the executives when they thought China may take over as the number one global source market.

Au, whose Dream Cruises brand will homeport 208,000gt Global Dream in Shanghai in 2021 and is building more ships for Asia, is bullish about China’s growth potential.

He continued, ‘if China continues to grow at a 10% steady annual growth and the US has a slower mature 4% growth, then China will need 30 years to surpass the US, so it will take until 2049.’

Donald estimated China could become the number one source market by 2030; nearly 20 years before Au’s prediction, but stressed this depends on available capacity.

The 2030 prediction was also echoed by Vago, who stated that ‘the key to promote growth in the Chinese market is to build partnerships.’

The panel discussion ended with a smiling Bayley who chose 2029 as the year China would take the number one spot.