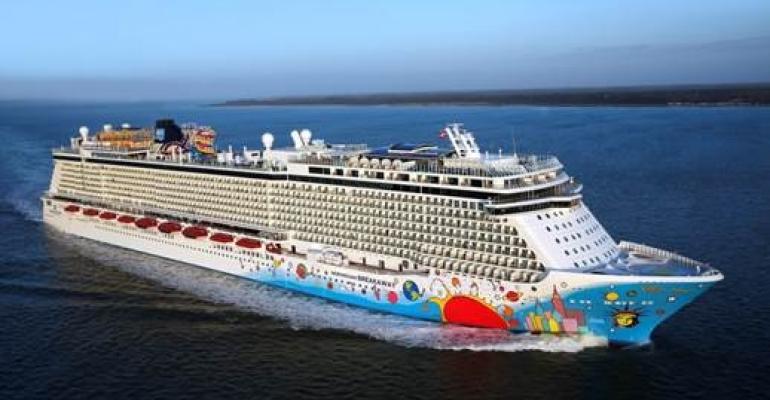 Norwegian Breakaway's current cruise will end Tuesday in New Orleans and the Sept. 1 sailing from Miami was canceled
Due to Hurricane Dorian port closures, two Norwegian Cruise Line ships will be ending their current sailings in New Orleans instead of Florida.

As reported, Norwegian Breakaway was unable to return to Miami on Sunday due to the port’s closure. Given the uncertainty of PortMiami’s reopening, the cruise will now end in New Orleans on Tuesday.

With Port Canaveral closed, Norwegian Sun’s return on Sept. 2 was canceled. After having operated a revised itinerary, the ship also will divert to New Orleans, arriving on Tuesday.