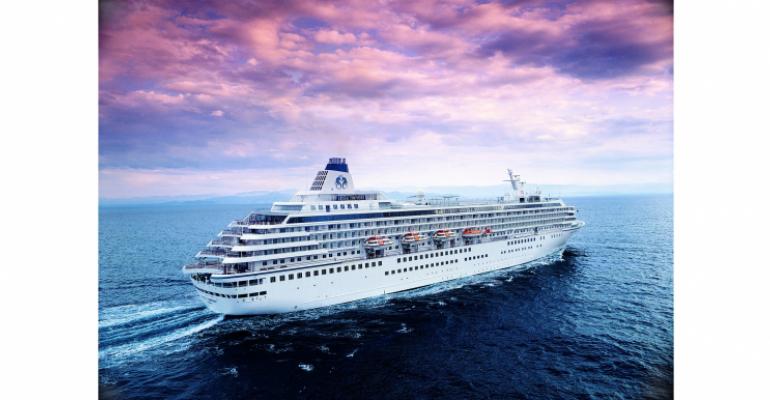 Crystal Symphony, pictured here, is being held off Freeport, Bahamas, with Crystal Serenity

Crystal Cruises is letting go of nearly all remaining employees as the company's secured creditors are said to be taking possession of the ships and will no longer fund the liquidation process, multiple sources told Seatrade Cruise News.

'They're basically calling the end of Crystal,' a source said.

Instead of a reorganization that would keep Crystal whole, it now seems likely individual assets will be sold. Sources said there had been particular interest among potential buyers in the brand-new expedition ship, Crystal Endeavor.

The secured creditors are the banks

The secured creditors are the banks that hold mortgages on the ships.

They are different from unsecured creditors like Peninsula Petroleum Far East, which obtained an arrest warrant in the Bahamas for Crystal Symphony and Crystal Serenity over unpaid fuel bills. The two ships are being held off Freeport.

Seatrade Cruise News has not yet seen a court order confirming the precise role of the liquidators or the mortgage holders in this process.

Matters appear to be out of the hands of Crystal Cruises' US-based management team, which said they could not comment.

The US management — said to be heartbroken — has had little ability to do anything since parent Genting Hong Kong last month filed to wind up. Genting HK has been more significantly involved in day-to-day management of Crystal the past two years.

Passengers are home, hundreds of crew still on board

Most recently the Miami office has been focused on getting passengers home, a process completed over the weekend, and had expressed the hope of doing right by the crew.

In a statement Saturday, Crystal said the officers and crew are being 'well cared for and staying in single accommodations,' some of them guest staterooms. 'Crew members have been paid per their normal schedules and we are meeting and exceeding all contractual obligations,' the statement continued.

Some crew have been repatriated from the Bahamas.

Update: Crystal Cruises confirmed the secured creditors have appointed V.Ships Leisure custodian for the vessels which, for now, are under the control of the Bahamas admiralty marshal. (V.Ships was not official when this story was first posted.)

Besides the two ocean ships, which reportedly have several hundred crew remaining, expedition ship Crystal Endeavor is deadheading to Montevideo, Uruguay, for expected arrival on Thursday. The five river vessels — the double-wide Crystal Mozart and four smaller, newly built sister ships — have been laid up in Europe this winter.

Many in the industry have expressed shock, dismay and sadness at the demise of one of cruising's most prestigious and highly regarded brands. There were said to be two credible offers for the company in the past year that were rejected. More recently, parties had reportedly expressed interest to the liquidators.

'This is not just hurting Crystal Cruises,' a veteran cruise executive said. 'The whole industry is going to be affected by this.'