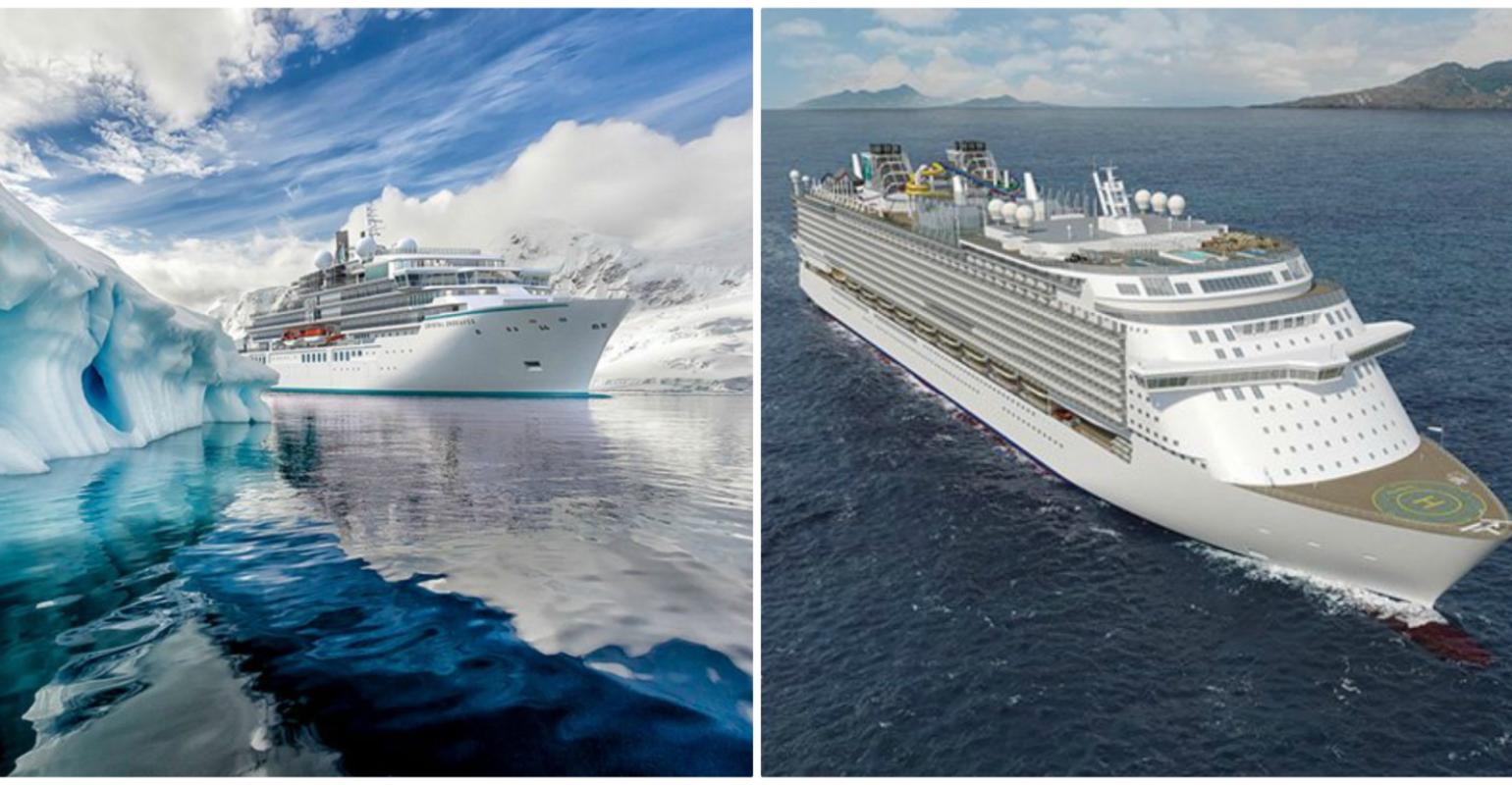 RENDERINGS; MV WERFTEN
Expedition ship Crystal Endeavor, left, had been due this summer while the 208,000gt Global Dream was planned for 2021

Crystal Endeavor, Global Dream deliveries delayed by 'about a year'

Crystal Endeavor had been due this year, World Dream in 2021

Expedition ship Crystal Endeavor had been due for hand over this summer, while Global Dream was due in 2021. Both are under construction at the Genting-owned MV Werften trio of yards in Germany.

The 19,800gt, 200-passenger Crystal Endeavor is the first of two vessels planned for Crystal Expedition Cruises. The second had been expected to enter service in 2021.

Dream Cruises' Global Dream is the largest ship ever built in Germany. At 208,000gt with a length of 342 meters and width of 46 meters, it is one of the largest cruise ships in the world. It will be able to accommodate up to 9,500 passengers and 2,200 crew members — more people than any other cruise vessel.

A Global-class sister, whose keel was laid in September 2019, was scheduled for 2022 delivery.

Genting didn't specify new delivery dates for Crystal Endeavor or Global Dream, nor did it mention their sister ships.

Genting expects to announce results for the period ended June 30 by the end of August.

The wider losses are due to Dream  Cruises,  Crystal  Cruises  and  Star  Cruises not operating during the coronavirus pandemic (Dream has just resumed in recent days with one ship from Taiwan), the suspension of shipbuilding at  MV Werften's yards and severely  restricted  operations  and  revenue  generation at  entertainment and leisure businesses Resorts World Manila and Zouk, Singapore.

Apart from Explorer Dream, which began sailing from Taiwan July 26, and SuperStar Aquarius and SuperStar Gemini, which have been leased to the Singapore government for foreign-worker housing, the rest of Genting's ships are laid up.

Actions to reduce costs include suspending all capital expenditures, apart from those necessary for ship, employee and passenger health and safety. Shoreside operating expenses were trimmed, including head count and salaries, along with the suspension of paid leave.

The company secured a deferral of up to 12 months for debt principal repayments amounting to approximately US$220m, sought funding from Germany’s Economic Stabilization Fund to resume construction work at the shipyards and is pursuing additional sources of finance to maintain its cruise businesses until service resumes.