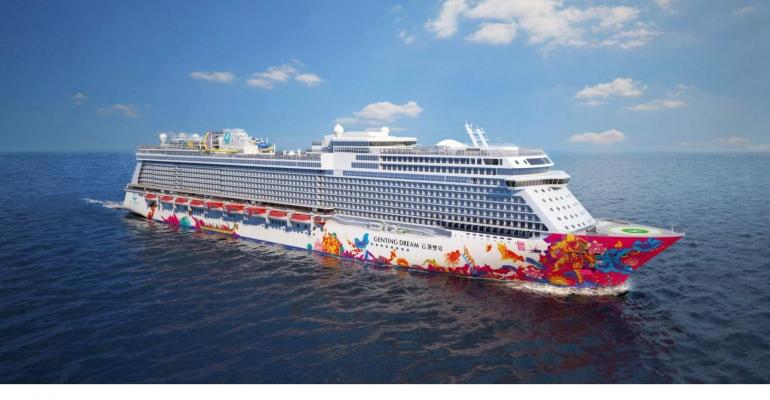 The impact of the coronavirus pandemic pushed Genting Hong Kong to a US$742.6m loss in the first half, up from a loss of $56.5m in the first six months of 2019.

Genting HK had earlier warned on a loss of at least $600m, announced plans for a restructuring and held its first creditors' meeting earlier this week.

The group has engaged PJT Partners and Linklaters to work with its financial partners to agree and implement a solvent restructuring solution and an ad hoc group of bankers has been formed to work with PJT Partners.

Genting HK believes that by reining in capital expenditure and cutting other costs, it has adequate working capital and cash flow to meet financial obligations until June 2021. The directors said bookings for cruises starting in 2021 are 'gradually improving' as travel restrictions ease and cruise operations are expected to resume in January.

Interest from investors in one of the cruise brands

Genting HK directors are also in the process of seeking additional equity or debt funding from private investors and have received letters from investors expressing interest to invest in one of the cruise brands. The company owns Star Cruises, Dream Cruises and Crystal Cruises.

Total revenue decreased to $226.2m from $729.2m due to the fleetwide suspension of voyages since March.

The shipyard EBITDA loss of $36.2m, down from EBITDA of $4.3m a year ago, was primarily due to the suspension of three shipyards’ operations since March. The group has applied for long-term funding from Germany's Economic Stabilization Fund and expressed confidence the conditions for application can be met by September to support approval for funding starting in October.

As earlier reported, the deliveries of Crystal Endeavor and Global Dream from MV Werften have been delayed by 'about a year.' Construction of the second Global-class ship has been deferred and the second Endeavor-class ship suspended, with the directors in the process of deferring the materials supply contracts for Global II and canceling the materials supply contracts for Endeavor II.

All but three ships are being laid up

All non-essential capital expenditures except for maintenance to safeguard the ships, passengers and employees have been suspended.

The group’s debt maturity profile improved after securing a deferral of up to 12 months for some principal repayments.