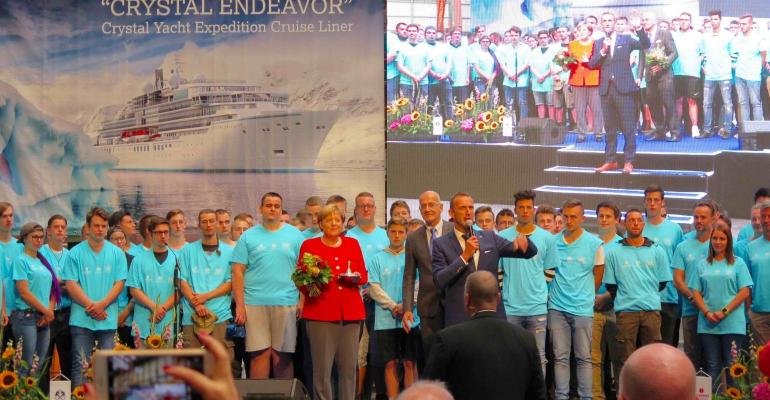 The shipyard cluster expressed appreciation for the support of Mecklenburg-Vorpommern state and the federal authorities and explained why this aid was justified.

Genting Hong Kong, the parent of MV Werften, has invested about €2bn into the shipyards and the construction, in progress, of Global Dream and Crystal Endeavor and created about 3,000 direct jobs in the state plus thousands of indirect jobs in the cruise shipbuilding supply chain and the local economies of Wismar, Rostock and Stralsund.

Over years, Genting HK has done business in Germany, building 22 cruise ships there (most at Meyer Werft); almost half the country's output from 1996 was for cruise brands under its control. In 2016, Genting bought the yard group — and named it 'MV' as an homage to the state Mecklenburg-Vorpommern — to build ships for its three cruise brands since other yards were full and the earliest delivery was seven years into the future.

Genting HK honed in on the prior Nordic Yards because the first two AIDA vessels and cruise ferries had been produced there. All the 3,000 employees of MV Werften are European Union nationals, with the majority German nationals.

One of Germany's largest aid packages

'GHK is an exemplary investor and fully relies on German management in the operations of MV Werften,' MV Werften CEO Peter Fetten said. 'We are very appreciative of the very significant investment, probably one of the largest made in Germany, and the creation of thousands of direct and indirect jobs for Germany and the EU.'

'It is the impact of the COVID-19 that stopped the world’s cruise fleet, including GHK, that MV Werften has to turn to the state and federal government for support under the WSF, which had been established by the German government to assist industries impacted by COVID-19,' added Carsten Haake, CFO, MV Werften. 'Since 2016, GHK had fully supported the shipyard and had not withdrawn any of the invested funds from Germany.'

Cruises to resume from Singapore and Hainan, China

Yesterday Singapore announced that World Dream, built in Germany, will restart domestic cruises Nov. 6. This will be followed by Genting Dream resuming cruises from Hainan, China, in mid-November.

Two Star Cruises ships have been chartered to the Singapore government to accommodate workers who had recovered from COVID-19, without any incidents.