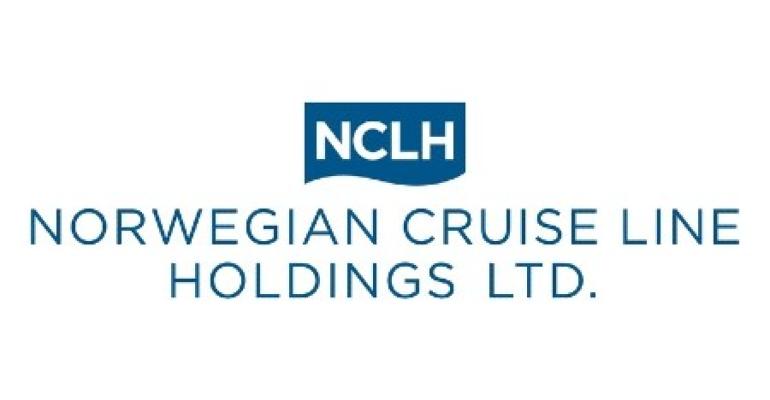 Norwegian Cruise Line Holdings' third quarter loss was lower than expected on strong pricing and onboard spending as EBITDA turned positive and revenues were higher than forecast.

The company's 2023 bookings are equal to record 2019 levels at significantly higher pricing, and NCLH reaffirmed its expectation for record EBITDA and net yield next year.

Strong ticket pricing and onboard revenue generation drove better-than-expected total revenue per passenger cruise day, which was up approximately 14% compared to the same period in 2019.

This was despite the impact of the Russia-Ukraine conflict on premium-priced Baltic itineraries.

'We are demonstrating continued positive momentum as we consistently reach key operational and financial milestones, including positive adjusted EBITDA in the third quarter for the first time since the start of the pandemic,' said Frank Del Rio, president and CEO, NCLH. 'The underlying fundamentals of our business and our target upmarket consumer remain strong and our strategy of focusing on maximizing long-term, sustainable profitability is working as intended, evidenced by our 2023 booked position which is equal to 2019’s record levels and at record pricing.'

Occupancy improved to approximately 82% in the quarter, consistent with guidance, and a 17-point improvement. As NCLH has stressed, it's focused on maximizing long-term pricing, not discounting to fill short term.

The company continues to expect quarterly occupancy levels to rise and reach historical levels in Q2 2023.

As expected, NCLH's current cumulative booked position Q4 is below the comparable 2019 period but at higher prices even when including the dilutive impact of future cruise credits. Dilution from value-add FCCs issued during the pandemic will not carry over into 2023 as the bonus portion of these FCCs expires at year-end.

Q4 occupancy is typically lower due to seasonality, and NCLH signaled occupancy in the mid- to high-80% range, but with the gap compared to 2019 levels expected to further narrow.

Total revenue per passenger cruise day is forecast to increase approximately 20% versus 2019.

Booking trends for full year 2023 remain positive with the cumulative booked position equal to record 2019 levels including NCLH's capacity increase. Pricing is significantly higher than in 2019 at a similar point in time for full year 2023.

Net booking volumes continue to be at the pace needed to reach historical load factors.

At Sept. 30, advance ticket sales were $2.5b, including approximately $260m of FCCs or approximately 10% of the total deposit balance. Approximately 60% of the FCC balance outstanding has been applied to future sailings.

Total debt at Sept. 30 was $13.9b and liquidity was approximately $2.2b, consisting of cash and cash equivalents of $1.2b and a $1b undrawn commitment.

'We are proactively working to further enhance our financial flexibility and liquidity, including the amendment and extension of our operating credit facility which we expect to complete by year-end,' EVP/CFO Mark Kempa said. 'We believe our ongoing cash generation, buoyed by our attractive newbuild growth pipeline, provides a path to meet our near-term liquidity needs and restore our balance sheet over time.'