NCLH Q1 loss wider than expected but bookings have rebounded 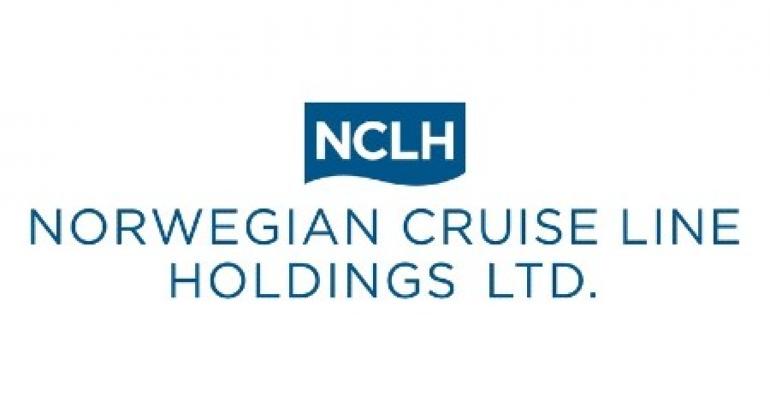 Norwegian Cruise Line Holdings posted a wider than expected first quarter loss on the fallout from Omicron and the war in Ukraine, but bookings have rebounded and operating cash flow turned 'slightly positive' in March.

Operating cash flow is also expected to be positive in Q2.

As of May 7, the entire 28-ship NCLH fleet had resumed service.

'Looking ahead, our strategy is to ramp up occupancy in a disciplined manner with the goal of exceeding historical net yield levels for full year 2023 while maintaining the high guest satisfaction scores and strong onboard revenue generation we are currently experiencing,' said Frank Del Rio, president and CEO of NCLH. 'We are encouraged that consumer demand remains robust with net booking volumes not only back to pre-Omicron levels but now approaching historical levels despite a temporary retreat due to the Russia-Ukraine conflict. Pricing remains very strong for all future periods and our value-add bundling strategy is working better than ever.'

NCLH said the quarter began with net bookings, particularly for close-in voyages, negatively impacted by the Omicron surge. Things began to improve in mid-January but this momentum was temporarily disrupted by elevated cancellations, primarily for Baltic itineraries, in the immediate weeks following Russian's invasion of Ukraine.

However, NCLH reported this impact was short-lived and said net booking volumes have since shown sequential improvement, not only rebounding to pre-Omicron levels but also now approaching the booking pace needed to consistently sail at historical load factor levels.

Total cruise operating expense increased 266.1% in 2022 compared to 2021, primarily due to the resumption of cruise voyages. The increase reflects higher payroll, fuel and direct variable costs of fully operating ships. Costs for certain items such as food, fuel and logistics also rose due to inflation. Repair and maintenance costs also increased, including planned dry docks.

As a result of the Omicron and the Russia-Ukraine setbacks, the current cumulative booked position for the second half of 2022 is below the comparable 2019 period but at 'meaningfully higher pricing' even when including the dilutive impact of future cruise credits. The booked position improves throughout the year with Q4 in line with the comparable 2019 period and at meaningfully higher prices. Booking trends for 2023 continue to be positive with both booked position and pricing significantly higher and at record levels when compared to bookings for 2019 and pre-pandemic 2020 at a comparable point in the booking curve.

With its final ship returning to service on Saturday, this completed a nearly 10-month resumpton process that began with Norwegian Jade in July 2021.

By the end of Q1, the company had 85% of its capacity operating. Q1 occupancy was 48%, primarily reflecting the impact of Omicron on operations. During the surge, NCLH continued to follow its core go-to-market strategy and did not discount to boost near-term load factors. As the impacts of Omicron and the war in Ukraine have faded, net booking volumes and occupancy levels have sequentially increased each month. Strong ticket pricing and onboard revenue drove positive cash contribution from the fleet that operated in the quarter.

The Russia-Ukraine conflict resulted in the cancellation or modification of approximately 60 sailings in 2022, which included all voyages with in Russia. Three ships were redeployed — Norwegian Getaway to Port Canaveral, Oceania Cruises’ Marina to the British Isles and Regent Seven Seas Cruises' Seven Seas Splendor to Northern Europe. In addition, all Russia calls have been dropped in 2023.

At March 31, NCLH's total debt position was $13.6bn and liquidity was $3.1bn, consisting of cash and cash equivalents and a $1bn commitment available through Aug. 15.

Beginning in April, NCLH resumed debt amortization payments that were deferred during the pandemic.

EVP/CFO Mark Kempa called the entire fleet's return a 'critical milestone' that should lead to positive operating cash flow in Q2. He said the company is focused on building on recovery momentum and gearing up for a 50% capacity growth through 2027 beginning with Norwegian Prima in August.