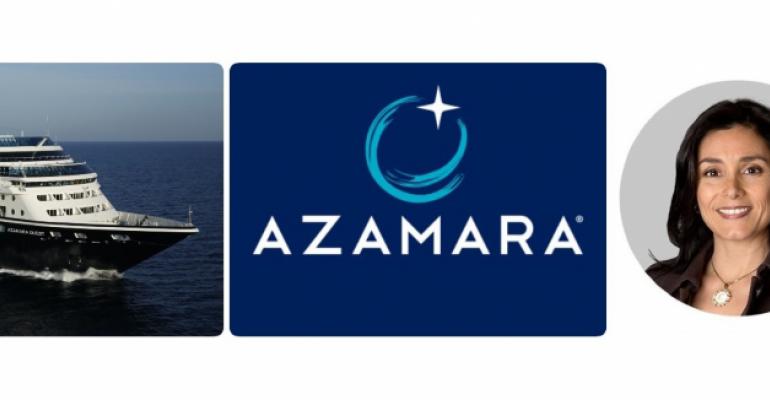 The deal includes the brand and its three ships. The Azamara team will remain intact, and Carol Cabezes is promoted to president

Sycamore Partners is buying the brand, fleet and associated intellectual property. The Azamara team will remain intact, and Chief Operating Officer Carol Cabezas will become president. Following a transition period, the approximately 100 Azamara shore-based employees are likely to relocate from Royal Caribbean headquarters to somewhere else in Miami.

The amount of the transaction is subject to certain adjustments and closing conditions, and the deal is expected to close in the first quarter.

'Our strategy has evolved into placing more of our resources behind three global brands, Royal Caribbean International, Celebrity Cruises and Silversea, and working to grow them as we emerge from this unprecedented period,' Chairman and CEO Richard Fain said. 'Even so, Azamara remains a strong brand with its own tremendous potential for growth, and Sycamore’s track record demonstrates that they will be good stewards of what the Azamara team has built over the past 13 years.'

The transaction will result in a one-time, non-cash impairment charge of approximately $170m, and is not expected to have a material impact on Royal Caribbean Group’s future financial results.

Though it amassed its own loyal following, Azamara also has some overlap with, primarily, Celebrity, and the group's more recent acquisition, Silversea. While Azamara grew from its original two ships to three in 2018 under former President/CEO Larry Pimentel, who crafted a destination-intensive brand identity, all are pre-owned vessels (originally part of the R series for Renaissance Cruises). No newbuilds were planned.

In contrast, a dozen newbuilds are currently in the books for the group's other brands — six for Royal Caribbean, three for Celebrity and three for Silversea.

Sycamore Partners is a New York-based private equity firm specializing in retail and consumer investments, with approximately $10bn in committed capital. Azamara is its first cruise investment and apparently its first travel-related investment.

'We are pleased that Royal Caribbean Group has entrusted Sycamore to support Azamara in its next phase of growth,' said Stefan Kaluzny, managing director of Sycamore Partners. 'We are excited to partner with the Azamara team and build on their many years of success serving the brand’s loyal customers. We believe Azamara will remain a top choice for discerning travelers as the cruising industry recovers over time.'

Azamara’s value proposition and operations are expected to remain consistent under the new owner, and Royal Caribbean Group said it will work in close collaboration on a seamless transition for employees, customers and other stakeholders.

The 690-passenger Azamara Journey, Azamara Quest and Azamara Pursuit each measure just over 30,000gt. The ships were built in 2000 and 2001.

They are currently in Glasgow at the King George V dock, where they've spent the bulk of their layup period.