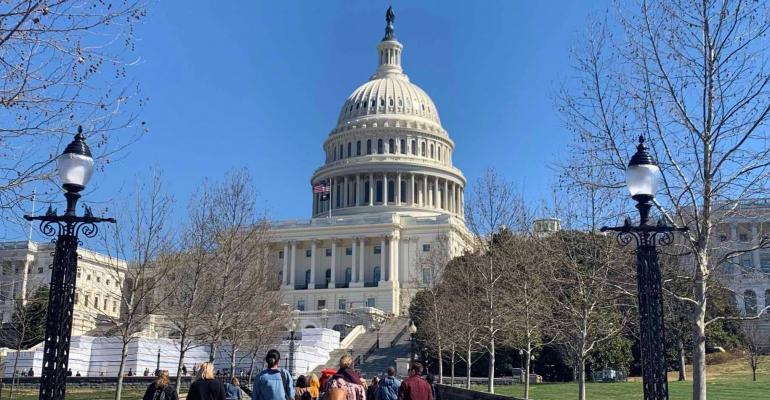 'We welcome the fact that Congress has finally done its job and provided new relief to distressed sectors of the economy,' ASTA's Zene Kerby said

The American Society of Travel Advisors welcomed congressional leadership and the Trump administration coming to agreement 'at last' on a $900bn coronavirus relief package.

While the bill — the first substantial US relief legislation since March — is expected to pass both chambers of Congress and be signed into law in the coming days, it is possible that additional changes might be made.

'We welcome the fact that Congress has finally done its job and provided new relief to distressed sectors of the economy, including a number of provisions ASTA and its members have been advocating for since April like the ability for hard-hit companies to apply for an additional [Paycheck Protection Program] loan,' ASTA President & CEO Zane Kerby said. 'That said, more support for our members beyond this bill will absolutely needed. Thankfully, this package is widely considered a short-term "bridge" into early 2021 and it is clear that the next Congress will take up additional relief legislation in the first quarter.

'Something is better than nothing'

'Something is better than nothing,' Kerby continued, 'and we appreciate the breathing room this bill will afford the vast majority of our members. But the fight continues, and will until the travel agency sector is restored to health.'

Among the provisions of the bill ASTA has advocated for since April are Paycheck Protection Program 'second draw' loans. The bill includes $284bn to allow the hardest-hit small businesses and independent contractors to receive a second forgivable PPP loan. 'Forgivable' expenses are expanded to include supplier costs and investments in facility modifications and personal protective equipment to operate safely. Calculations of loan size are consistent with the CARES Act, but loans are capped at $2m. Under the bill, the loan forgiveness process is simplified for borrowers with PPP loans of $150,000 or less.

Deductibility of PPP loan proceeds is also key. Under the bill, business expenses paid for with the proceeds of PPP loans are tax-deductible for the purposes of 2020 tax returns. This is consistent with congressional intent in the CARES Act, which clearly stated that recipients of forgiven PPP loans be able to deduct otherwise-deductible expenses associated with those loans for tax purposes.

But in July the Internal Revenue Service contradicted congressional intent, declaring that borrowers who expect their PPP loan to be forgiven cannot deduct those expenses on their federal tax returns. Without congressional action, small businesses across the country are estimated to pay over $120bn in taxes on forgivable PPP loans, ASTA said.

The legislation extends and expands the refundable Employee Retention Tax Credit, which was established in the CARES Act. The extension of this tax credit is intended to help keep additional US workers on payroll and more small businesses and nonprofits across the country afloat.

The CARES Act also authorized extra unemployment payments, increased standard benefit amounts and broadened eligibility to include self-employed individuals and independent contractors. However, the extra benefits expired on July 31, and expanded eligibility covering the self-employed people expires at the end of December. The new bill would restart the extra benefits at a level of $300 per week (versus $600 in the CARES Act) and would through the extend broadened eligibility for independent contractors, both through March 14. ASTA has long advocated that both the 40,000 independent contractors working in the travel agency industry today and laid-off or furloughed travel agency W-2 employees receive such support while the travel industry recovers.

Passage of the bill comes at the end of a year featuring advocacy by ASTA and its members on a scale never before seen. This includes 14 separate federal and state grassroots campaigns, with 25,047 people sending 105,917 advocacy messages to their policymakers, as well as more than 150 meetings, calls and Zooms with members of Congress and their staff (frequently with ASTA member constituents participating alongside headquarters staff).

The previous record for an advocacy campaign was 2,900 advocacy messages around California Assembly Bill 5 in 2019.

ASTA said that over the holidays, it will be analyzing the entirety of the package for provisions impacting its members and will explore key questions related to how to apply for a second PPP loan, the Employee Retention Tax Credit and unemployment benefits. A webinar is planned in early January to provide members with a preliminary analysis.