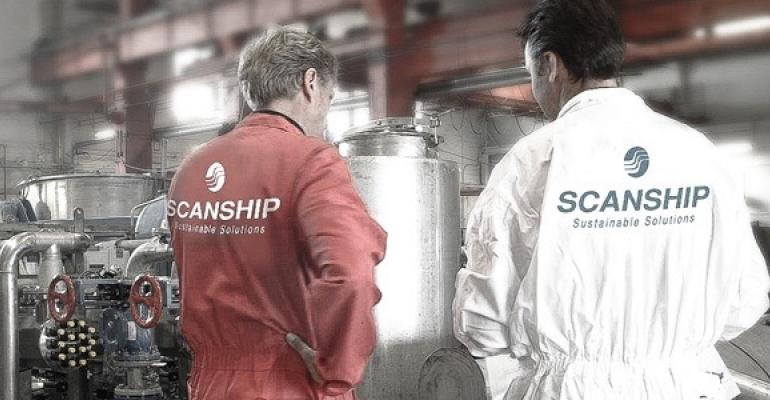 Vow ASA improved its cruise-related EBITDA 9.4% in the first half and won new orders including, it said, from Chantiers de l'Atlantique for the seventh Oasis-class ship.

Vow is a provider of technologies to mitigate climate change and eliminate pollution, including Scanship advanced wastewater purification systems.

'The resilience of our Cruise Projects business during the pandemic is one striking feature of this report,' Vow CEO Henrik Badin said Thursday. 'So far this year, our order intake from cruise customers amounts to 200 million Norwegian kroner ($22.6m) plus 135 million Norwegian kroner ($15.3m) in options. And, now, as the cruise industry has begun taking ships back in operation, we expect that the market for our After Sales segment will gradually recover.'

Revenues in the Cruise Projects business were NOK149.3m, compared to NOK160.1m in the first six months of 2020. The reduction is related to timing of new orders and deliveries of cruise projects. EBITDA, though, increased to a record NOK38.3m from NOK35m for a 25.7% EBITDA margin, up from 21.8%.

'Activity in the Cruise Projects business has remained steady during the COVID-19 lockdown,' Badin said. 'The variance in the period reflects the phasing of the various projects currently in production.'

Three cruise newbuilds and one retrofit

Cruise order backlog in the first six months was NOK974m, including orders that were formally announced in mid-July. The company racked up contracts for wastewater purification systems for three cruise newbuilds and one retrofit project.

In April, Vow won a retrofit contract from Carnival Cruise Line for an advanced wastewater purification system for Carnival Dream. This will be the 31st such system Scanship installs on existing ships and one of the largest retrofits in this business area to date.

June saw a contract with Chantiers de l'Atlantique for an advanced wastewater purification system to be installed on the seventh Oasis-class newbuild for Royal Caribbean International to be delivered in 2026.

Royal Caribbean hasn't publicly confirmed a seventh Oasis vessel and the company didn't respond to questions about it Thursday.

Operational activity for Scanship in the first half continued on a high level with deliveries to 12 cruise newbuilds and two retrofit projects. In addition, Scanship commissioned five newbuild projects during the period.

Since an increasing share of cruise ships are delivered with Vow systems, the after sales market is growing, and Vow remains positive about the long-term opportunities for after sales.