Southern restaurant/bar in Wonder of the Seas' dining lineup 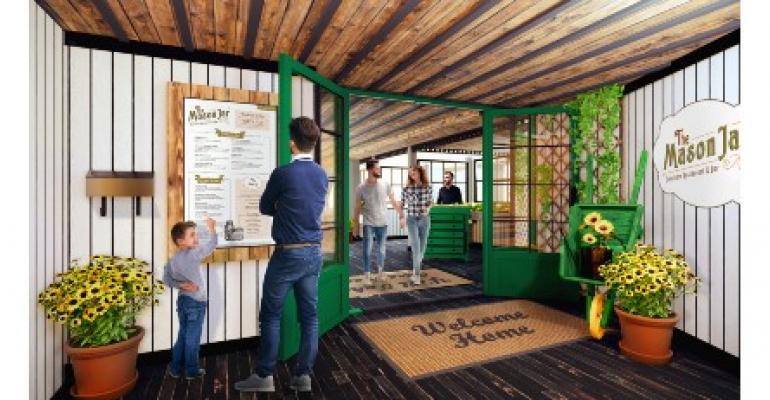 Southern comfort food in a farmhouse-style setting with rustic decor, live country music, a porch with a swing and a bar at the center of it all

A new concept, The Mason Jar, is among the more than 20 dining venues aboard Royal Caribbean International's new Wonder of the Seas.

The Mason Jar will dish up Southern comfort food in a farmhouse-style setting with rustic decor, live country music, a porch decked out with a swing for lounging and a great photo op, and a bar at the center of it all.

Desserts range from traditional pies to spiked floats and shakes.

Plus, the bar will offer more than a dozen American whiskeys and a lineup of Southern libations such as the classic mint julep dusted tableside with powdered sugar and the Mississippi Moonlight, made with blackberry moonshine, blackberries and lemonade, and served in a chilled mason jar.

Debuting in March at Port Everglades

Wonder of the Seas is set to debut in March at Port Everglades. In April, the ship will redeploy to the Mediterranean to sail from Barcelona and Civitavecchia until October. In November, the ship heads to Port Canaveral, its year-round home.

This fifth Oasis-class ship is the first with eight neighborhoods with the addition of the new Suite Neighborhood.