HomeNewsInformation TechnologyPort of Seattle bans facial recognition technology for certain uses
Recent
Recent News
Onboard Media touts locally made products on Carnival ships in Alaska
May 24, 2022
NCL moves to nine ships in Europe this year with Sun redeployed from Asia
May 24, 2022
AmaWaterways unveils savings for Mekong return in October
May 24, 2022
NCL’s Ben Angell new chairman of CLIA Australasia
May 24, 2022 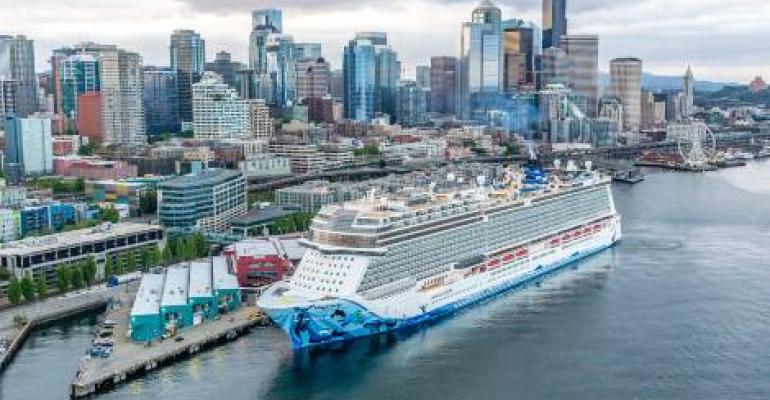 The Port of Seattle Commission voted to permanently prohibit the use of biometric technology — including facial recognition — for law enforcement, security and mass surveillance purposes by the port and private-sector entities operating at its facilities.

The commission oversees the airport and seaport.

Tuesday's vote builds on a moratorium on new biometrics uses that commissioners established in 2019 until policies could be reviewed and developed. Members of the public and various advocacy organizations have expressed concerns about the rapidly expanding use of biometrics. These stakeholders have raised issues around privacy, equity and civil liberties, as well as the potential for unregulated 'mass surveillance.'

With today's action, the Port of Seattle became first port authority in the US to formally limit the use of biometric technology. The new policies are also the strongest regulation of facial recognition biometrics by any government in the state of Washington in that they extend to private-sector operators as well as government employees.

Regulated use for customer service

The commission further voted to regulate the use of biometrics for customer-service functions and the port’s response to federal international arrivals screening at port facilities. To the extent allowable under state and federal law, the port will require that any such use of the technology must be fully voluntary and meet strict standards for privacy, equity and transparency.

'No one at a port facility should fear that the port or a private-sector tenant is secretly capturing their biometrics or tracking them with biometric technology,' Commissioner Sam Cho said. 'Ports can and should take an active role in limiting and shaping the use of facial recognition technology. We hope that other port authorities and governments will consider adopting the Port of Seattle model.'

Commissioners also directed the port to continue advocating for federal legislation that institutes a moratorium on federal government use of public-facing biometrics except for uses explicitly authorized by the US Congress. With this action, the commission endorsed The Facial Recognition and Biometric Technology Moratorium Act introduced by US Rep. Pramila Jayapal.

The new policies ban port and private-sector tenants from using public-facing biometrics to perform real-time or near real-time law enforcement and security functions.

Port and private-sector tenants are also banned from using public-facing biometrics for mass surveillance, which the port defines as any use of biometric technology to identify individuals without both their awareness and active participation. The use of such technology will be fully voluntary and 'opt-in,' where legally possible.

The new policies also regulate biometrics for 'traveler functions' such as ticketing, bag check and access to passenger lounges. The port said it will strive to enforce requirements that any use of the technology for this purpose adheres to seven guiding principles: (1) justified, 2) voluntary, 3) private, 4) equitable, 5) transparent, 6) lawful and 7) ethical.

While federal law limits the ability of the port to enforce these policies on such uses by airlines and federal agencies, the port can still take significant steps to ensure alignment with the commission’s biometrics principles.

The Port of Seattle Commission’s December 2019 action put in place a moratorium on any additional uses of biometrics by port or private-sector tenants until adoption of permanent policies.

In December 2019 the port established an internal working group, an external advisory group of industry and civil liberties stakeholders, and a Commission Special Committee to translate the seven guiding principles into tangible and enforceable policies. Today’s action is the culmination of that work.

The first set use case policy recommendation — regarding 'Biometric Air Exit' — was passed by the commission in March 2020. Biometric Air Exit is the use of facial recognition technology to verify the identity of departing international air passengers using US Customs and Border Protection’s Traveler Verification System. Congress has mandated the use of a biometric entry-exit screening system for travelers to and from the United States, which has now been implemented at over three dozen airports throughout the country.

Passengers may choose to opt out of Biometric Air Exit and request a manual identity verification process.

Use of biometrics for travel, including at cruise terminals

Due to technological advances, perceived customer benefits and federal requirements, there has been a significant increase across the country in public-facing biometric technology deployment in airport and seaport settings. Public-facing biometrics are already being used at dozens of US airports and cruise terminals by those who see the technology as a major benefit to travelers — both because of the potential for a faster and more efficient travel experience, as well as the belief that it offers a more accurate security process than human review of documents.

In addition, the COVID-19 pandemic has increased interest in touchless technologies as a way to reduce potential transmission of disease; facial recognition biometrics could potentially reduce direct interactions like handing documents back and forth or touching screens.

Biometric technology is already in use at Port of Seattle’s aviation and maritime facilities. For example, CLEAR is a private company providing an option to those customers who want expedited screening at Transportation Security Administration checkpoints to voluntarily supply their biometric data in order to verify their identities. US Customs and Border Protection uses biometrics at Seattle-Tacoma Airport to validate the identities of arriving international travelers.

And Customs and Border Protection biometrics are used in connection with Norwegian Cruise Line ships docked at Pier 66 to validate the identities of disembarking passengers.