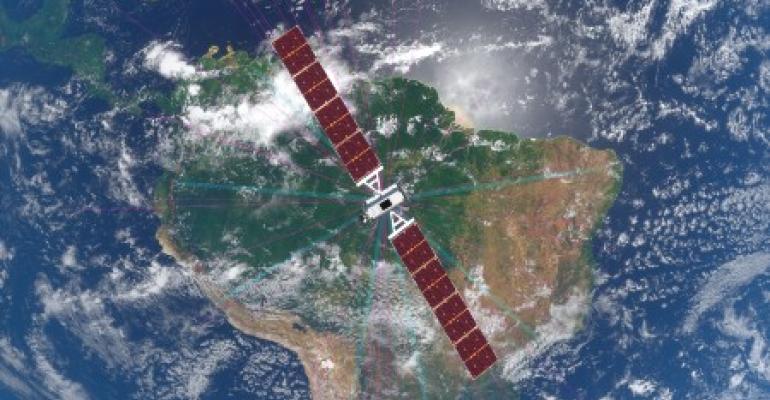 O3b mPOWER constellation over the Americas

SES Networks is preparing to launch its next-generation O3b mPOWER satellites, which will 'revolutionize' service for customers including cruise lines.

This constellation of 11 non-geostationary satellites operating in medium Earth orbit is capable of delivering multi-gigabit connectivity services to a variety of industries globally, including maritime.

'We go from [the capability of] serving the top 50 cruise ships on the planet to every single cruise ship on the planet,' Collar said Tuesday from Boeing's El Segundo, California facility where the first satellites are being prepared for launch by year's end.

The software-driven O3b mPOWER communications system is capable of delivering intelligence-driven connectivity services from tens of megabits to multiple gigabits per second, enabling customers to optimize their global bandwidth availability and resiliency. 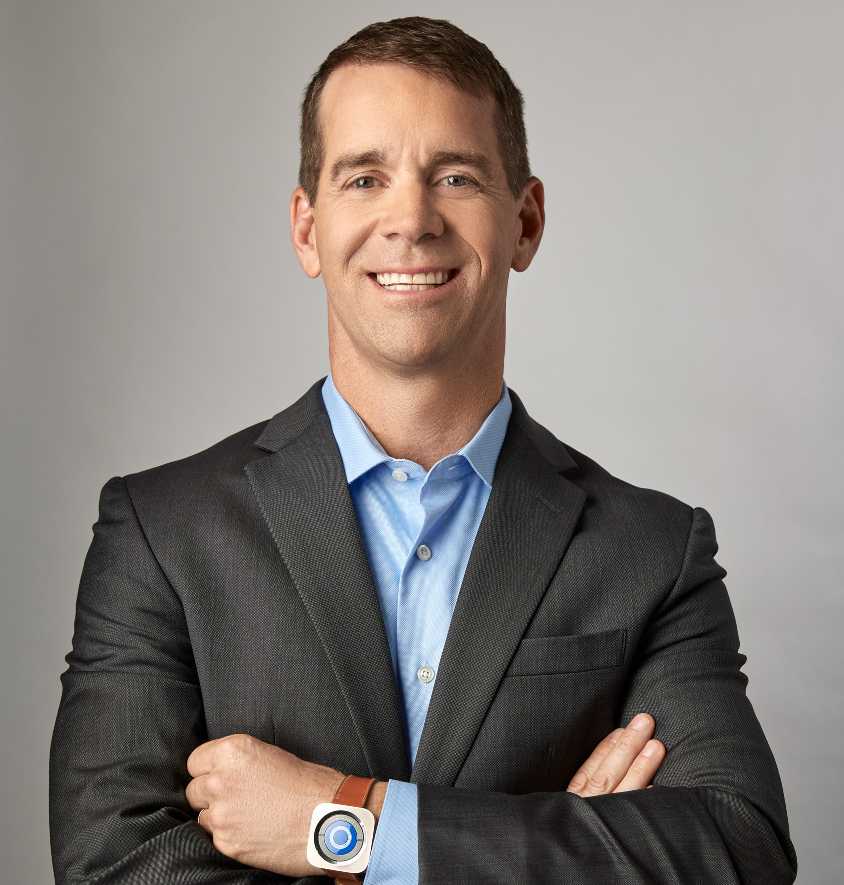 'People thought we were insane to suggest that we could have cloud services on a cruise ship,' John Padgett said. Now it's possible with O3b mPOWER

Connectivity is 'beyond fundamental,' Padgett stressed.

In terms of speed, MedallionNet provides land-like connectivity for passengers and crew. But it's the reliability that's 'so fundamental to transitioning your entire operation from an offline operation to an online operation that is fully synchronized with the cloud.

'People thought we were insane to suggest that we could have cloud services on a cruise ship because that was always thought to be structurally impossible,' Padgett said. 'With O3b mPOWER, we’re transitioning into an operation that is fully synchronized with the cloud and cost-efficiently moving into gigabit services for cruise ships.'

Padgett tracked the transition: Ten years ago a cruise ship had maybe 10 megabits per second of connectivity, then 50 Mbps five years ago. MedallionNet took that to, typically, more than 400 Mbps.

'Now, with mPOWER, we're going to cost efficiently move into gigabit service to a cruise ship. Talk about empowering intelligence! There are literally millions and millions of data points a day we're running in our global operations centers with a mobile platform like a cruise ship, which is enabled by the service.

'The service for the guests is amazing,' Padgett said. 'But when you think about transforming your business operation driven by intelligence, that also relies on mPOWER. You can't do that with latent information. It has to be in real time.

He noted they provide every service — safety, health, hotel, casino gaming, recreation, spas. 'All those experiences are now completely online,' Padgett said. 'When you fully connect every product and service and experience on a unified platform and fuse that with connectivity, it's essentially unlimited, these services you can give, and all unique to that individual.'

Padgett added that connectivity for the crew is fundamental, too.

'The satellite industry is moving to a software-based world, and I am proud to say we are leading this movement with innovation across the O3b mPOWER system,' Collar said. 'Our O3b mPOWER ground infrastructure is largely software-based, allowing us to intelligently orchestrate connectivity services across our global network — something never done before.'

The first batch of three O3b mPOWER satellites are scheduled to be launched by SpaceX from Cape Canaveral in December, followed by two more launches in 2022. The constellation is expected to start delivering services as of third quarter 2022.