Alaska may sue US over cruise shutdown 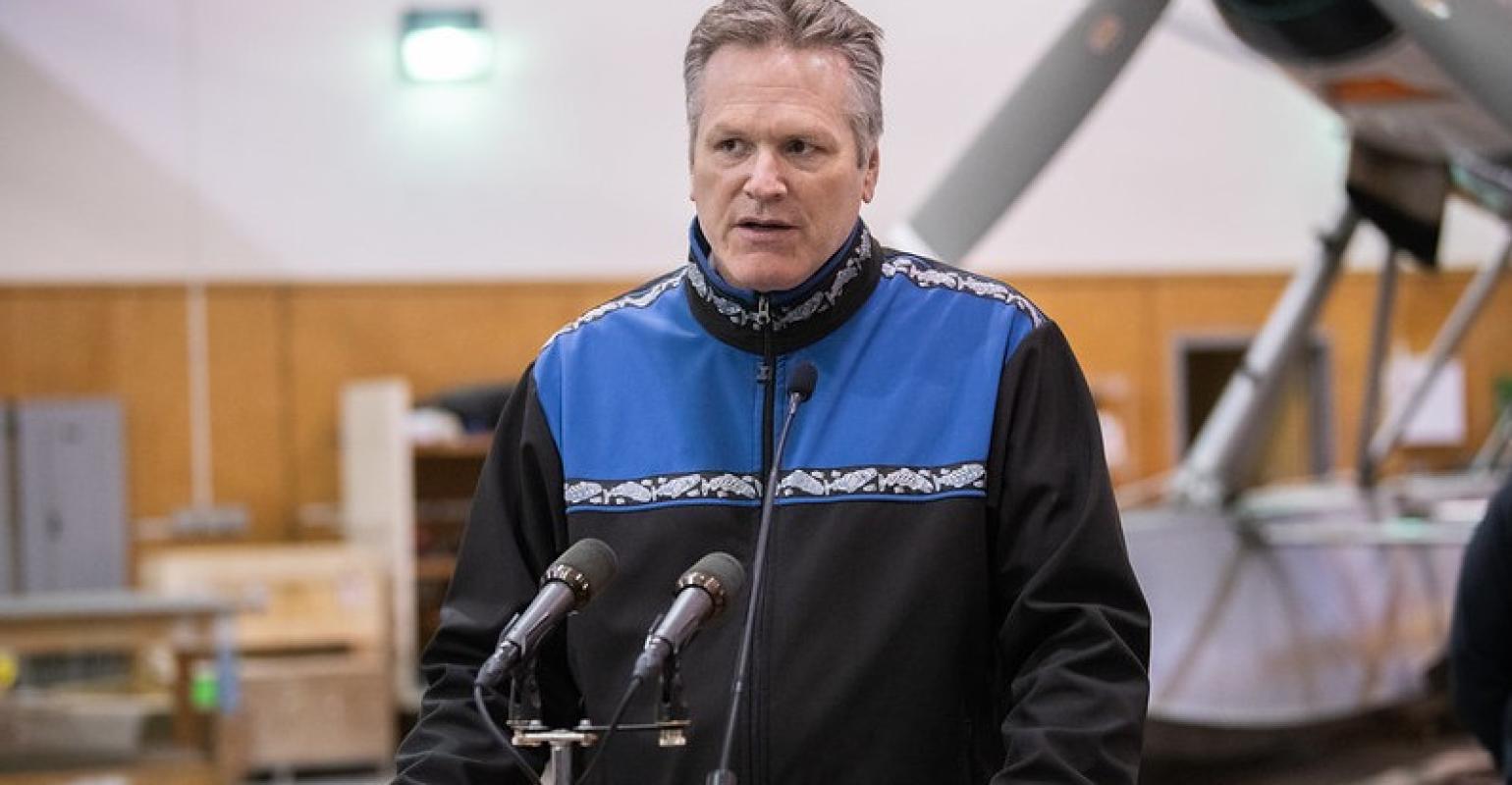 'Most folks on the boats will be vaccinated ... Let us work with the industry. We can put together the protocols that will keep people safe,' Gov. Dunleavy said
Alaska became the latest state to consider suing the US government over the continued cruise industry shutdown.

'If we don't get a positive dialogue this week, that's a real possibility because the decision will be crushing to Alaska,' Gov. Mike Dunleavy said Saturday.

On Thursday, Florida filed a suit challenging the Centers for Disease Control and Prevention's hold on the business.

Suing the federal government is something Alaska Rep. Don Young has been urging since at least February. Young is also leading efforts to find a 'workaround' in the form of a bill that would provide a temporary cabotage waiver to foreign-flag passenger ships operating in Alaska, to overcome Canada's ban of cruise vessels.

But such legislation would be meaningless if the CDC still blocks cruises.

'Let us work with the industry'

'Most folks on the boats will be vaccinated ... Let us work with the industry. We can put together the protocols that will keep people safe,' Dunleavy said in a television interview.

The governor maintained Alaska is 'managing this virus better probably than any other state,' noting that about one-third of the population 16 and older is vaccinated along with two-thirds 65 and over, while death rates have not increased.

$3bn loss each season with no cruise ships

According to an economic impact report Alaska sent to the White House last week, the state loses more than $3bn each season the cruise industry is shut down, a significant number in that GDP is $56bn.

'Alaskans who depend on the summer tourism season to make a living waited anxiously, with hopes, that the COVID-19 vaccines would allow the return to normal, and for cruise ships to enter our ports again,' Dunleavy wrote in a letter to Jeff Zients, counselor to President Biden and coordinator of the COVID-19 response. He called the negative impact to the economy and the people of Alaska, especially Southeast Alaska, 'staggering.'

'The severe economic losses that are impacting our port and cruise communities has a multiplier impact that trickles throughout our entire economy; resulting in lost revenues, taxes, jobs and small business closures,' Department of Revenue Commissioner Lucinda Mahoney said. 'The cruise industry is crucial to the state’s financial well-being.'

He said 2,180 businesses at direct risk; many of them are small, family-owned businesses.

According to Dunleavy's letter, the CDC not allowing cruises costs local communities to $98.6m in lost revenue each year. Skagway saw a 48% reduction in total wage base and the total losses are estimated to exceed 100% of their annual operating budget. A 2020 survey anticipated only 26% of Ketchikan tourism-related businesses could withstand a delayed restart of the tourism industry.

Interior Alaska estimated more than 160,000 cruise passengers would have visited in 2020.

Last week President and CEO Harry Sommer put Alaska on Norwegian Cruise Line's summer wish list should CDC give the nod and a cabotage solution be found, though acknowledging it's all an uphill battle.

Still, if NCL could start by early to mid-July, Sommer 'absolutely' thinks it's worth going.

Small US-flag cruise ships plan to sail in Alaska this year, however they account for just a fraction of the business. And Holland America Line and Princess Cruises are running their land programs.

Mediation between Carnival and Ruby Princess class action lawyers in August
May 04, 2021