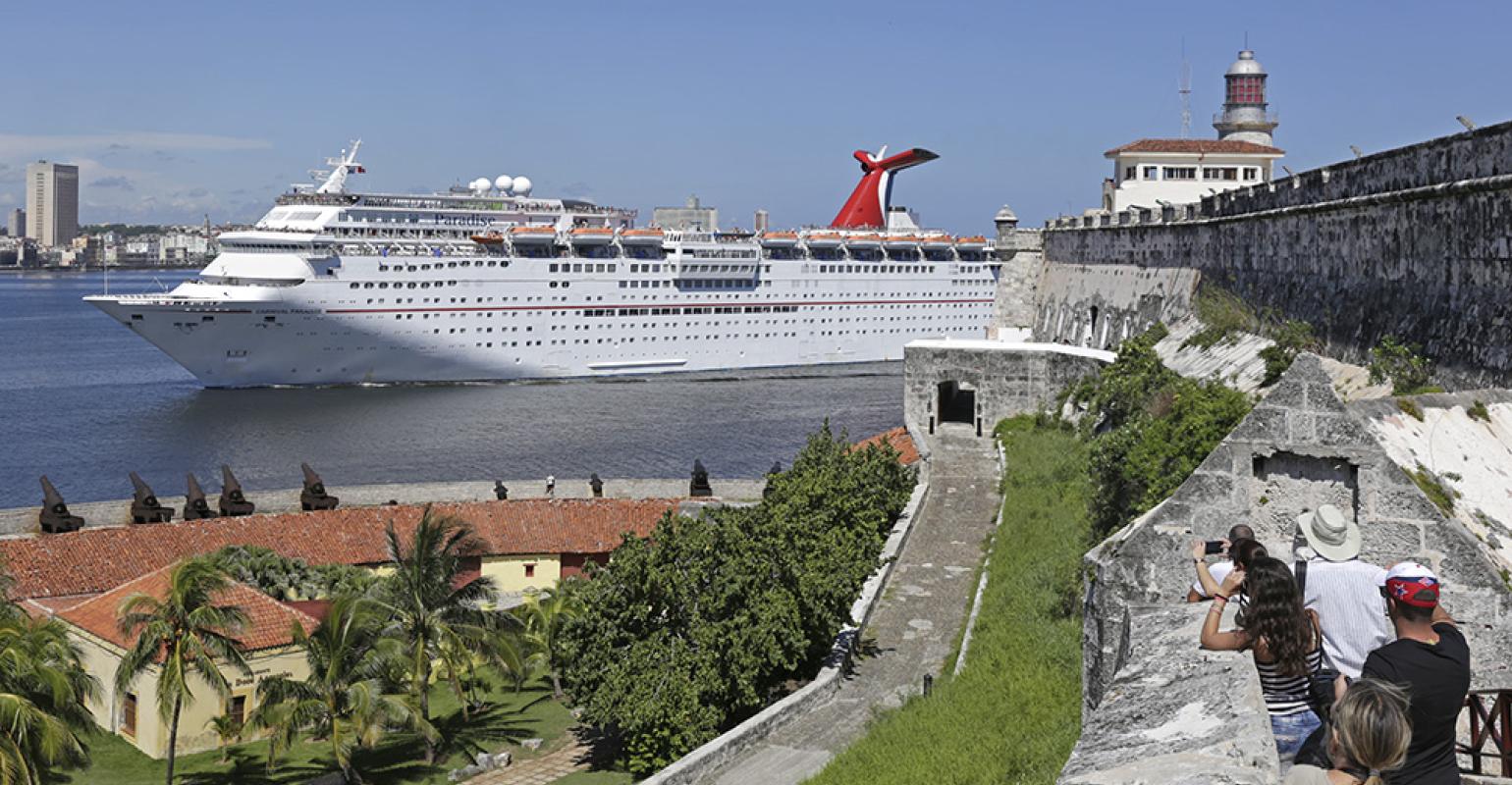 Carnival Paradise is pictured arriving in Havana in 2017
Four cruise companies sued under Title III of the Helms-Burton Act for allegedly trafficking in stolen property by using Havana docks are discussing settlement.

This according to a mediator's report for each suit against Carnival Corp., Royal Caribbean Group, Norwegian Cruise Line Holdings and MSC Cruises filed by Havana Docks Corp.

According to John Kavulich of the US-Cuba Trade and Economic Council, plaintiffs had reportedly been seeking approximately $500m from the four cruise companies.

On May 2, 2019, the Trump administration enacted Title III of Helms-Burton, or the Libertad Act, allowing lawsuits in US courts over use of properties in Cuba that were nationalized without compensation to those holding claim to them. Carnival Corp. became the first company sued, on that day.

Trump's crackdown on Cuba matters followed the easing of the decades-old Cuba embargo by the Obama administration, which led to the first US-Cuba cruises in 2016. In June 2019, those were halted — literally overnight — by the Trump administration.

No surprise, it's speculated that President Biden would take more of an Obama-like stance on Cuba.

As far as allowing cruises to resume, US-Cuba expert Kavulich has thought that unlikely due to a number of factors, including congressional support for the embargo and because Florida will be key in midterm elections.

In flagging the cruise settlement talks, Kavulich opined that if the Biden administration were to reauthorize cruising between the US and Cuba, the companies would have to decide if they'd return while each remains defendants in litigation.

'Absent a dismissal or settlement of the lawsuits, the cruise companies would continue to be exposed to an additional count of trafficking as defined by the Libertad Act for each arrival/departure to any of the three piers of the Terminal Sierra Maestra located at the Port of Havana,' he said.

According to Kavulich, 'For the cruise companies, having the Biden administration delay a decision relating to the return of the Republic of Cuba for itineraries is beneficial as it lessens commercial pressures, including those from shareholders, insurance companies and financial institutions, to settle the lawsuits.'