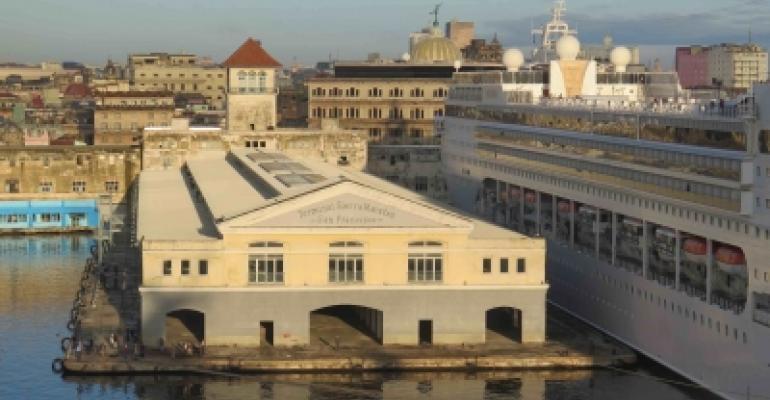 Havana Docks Corp. holds a US-certified claim to a concession for facilities that were used by four cruise companies sued under Title III of the Helms-Burton Act

The cruise groups jointly called that claim for liability 'wildly' overstated and asked the court to dismiss the cases for lack of standing. Alternatively, they argue the damages sought by Havana Docks Corp. are 'unconstitutionally excessive' or, at a minimum, that the underlying claim amount should be reduced because it contains elements they weren't alleged or found to have 'trafficked.'

Thanks to John Kavulich, president of the US-Cuba Trade and Economic Council, who alerted Seatrade Cruise News to these developments and posted excepts from the court notices, plaintiff's claims and defendants' responses cited here.

Havana Docks holds a US-certified claim to a concession for a terminal and piers that were nationalized after the 1959 Cuban revolution. In 2019, the company sued Carnival Corp., Royal Caribbean Group, MSC Cruises and Norwegian Cruise Line Holdings under Title III of the Helms-Burton or Libertad Act, which allows US nationals to seek compensation for property confiscated by Cuba's Communist government.

On March 21, US District Court Judge Beth Bloom found the companies liable. Now the court is considering claims for damages and costs.

Seeking $109.67m in damages from each company

Havana Docks is asking for $109,671,180.90 from each cruise company plus additional varying amounts for attorneys' fees and court costs that total nearly $11.7m.

Havana Docks believes it is entitled to treble damages. From filings: 'Where a plaintiff “owns a claim with respect to that property which was certified by the FCSC,” § 6082(a)(3)(A), damages are the sum of (1) the plaintiff’s costs and reasonable attorney fees and (2) “3 times the amount determined applicable under paragraph (1)(A)(i).” § 6082(a)(3)(C). In its order on defendants’ motion to confirm interest calculation, the Court ruled that the amount referred to in “paragraph (1)(A)(i)” is “the claim and the interest.”

Argument to base damages on concession's value only

The cruise companies jointly argue any damages should be 'substantially' less than the $439m.

From filings: 'Plaintiff has “elect[ed] to calculate its damages based on the amount of its certified claim, plus interest.” Thus, the Court must first determine what amount of the certified claim plaintiff could recover before applying the applicable interest. According to plaintiff, the amount of the certified claim is $9,179,700.88. While the [FCSC] did certify $9,179,700.88 to plaintiff in 1960 as its “total” loss, that amount includes value allocated to “securities,” “accounts receivable” and “debt of the Cuban government,” none of which defendants trafficked in or have been found liable for trafficking in.

'The Court found defendants liable for trafficking only in plaintiff’s confiscated property — its concession — therefore, plaintiff could only ever recover the value of the concession, which the FCSC certified the value to be $8,684,360.'

The cruise lines continue: 'To be clear, even this $8,684,360 amount wildly overstates the appropriate amount of liability, since it includes the value of two piers, railroad tracks and other real and personal property that defendants did not traffic in, and which plaintiff did not actually own. Defendants preserve the argument that the FCSC’s valuation is not an appropriate measure of damages. In light of the Court’s ruling against this argument, however, defendants argue here that even accepting the FCSC’s valuations, defendants are not liable for trafficking in accounts receivable, securities and debt of the Cuban government, all of which were valued separately from the “Concession and tangible assets” in the FCSC’s final decision.

'To be clear, by this argument, defendants are not challenging the validity of the findings of the FCSC either as to ownership or valuation. But that does not mean that plaintiff is entitled to a judgment that includes the valuations of property interests in which defendants never trafficked — and indeed, in which plaintiff never alleged trafficking, and in which the Court did not find defendants to have trafficked.'

The cruise companies go on to state that 'regardless of whether this measure of damages would be proportionate as applied to that original act of confiscation, it is plainly disproportionate in a case in which a defendant “trafficked” in confiscated property merely by making use of it for a limited period of time. This measure flouts the elementary due-process principle that a wrongdoer’s liability should be proportionate to its own culpability.

'In this case, plaintiff seeks to recover $439,217,424.51 — far in excess of the actual amounts paid to the port operator during defendants’ use of the property, which was at best closer to $22 million, which means that the ratio between statutory and actual damages approaches 21:1.

'That measure would at least bear some relationship to a real-world concept: the amount a claimholder would have been able to charge if it still had an interest in (and right to exclude defendants from) the confiscated property itself.'

Collectively, $22m to use the terminal, plus port agent fees

The cruise companies said they paid less than $22m to Aries, the port operator, to use the terminal. They went on to argue that even with payments to other entities — such as Mambisa, a state-owned company that acted as port agent for Carnival, Royal Caribbean and NCLH, and MAPOR, a privately owned company that was port agent for MSC Cruises — were added to the amount for Aries, the plaintiff could seek just over $30m.

The cruise companies also assert the due process analysis 'has nothing to do with the revenues or profits defendants earned from cruising, which has no relevance under either the statutory framework of Helms Burton or the Due Process Clause.'

In their joint filing, the cruise operators stated that, to the extent the Court were to consider profits, MSC Cruises actually lost €6.39m on its US-Cuba cruises and lost €63.57m on its Cuba-to-Cuba cruises while, in its three years of sailings to Cuba, NCLH's net profit 'associated with its days at port in Havana was just $25,139,622.'