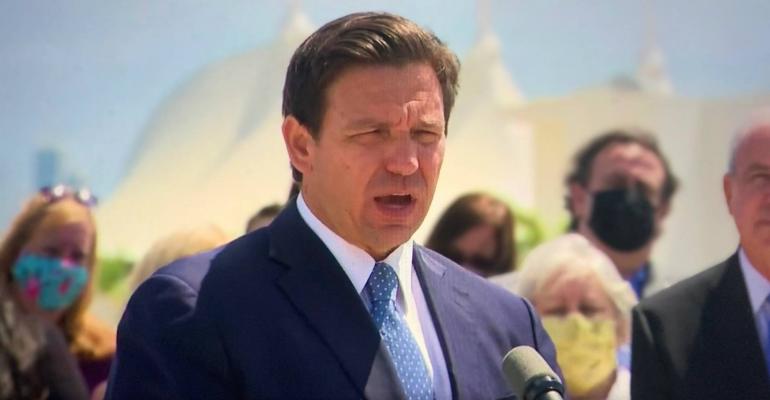 Gov. Ron DeSantis's office volleyed more charges against the CDC following the failure of Florida and the federal agency to reach a settlement

Gov. Ron DeSantis's administration turned up the indignation in Florida's cruise dispute with the Centers for Disease Control and Prevention, renouncing the federal agency's 'power trip over America.'

On a day the governor's office claimed an impasse in mediation with the CDC, an official Florida statement piled on complaints about discriminating against families with children, setting a 'ridiculous' percentage for vaccinated cruisers and for 'deliberate bureaucratic delay' that's prevented thousands of employees from earning a living.

A CDC spokesperson has told Seatrade Cruise News the agency isn't at liberty to discuss matters under litigation.

DeSantis' office has no such restraint. It claimed the CDC did almost nothing to reopen cruising until Florida filed suit. And while the subsequent green-lighting of 'conditional' cruises was welcomed, the 'constantly changing labyrinth of requirements for safety plans and simulations' mean there's still no set date when cruises can resume.

In fact, Celebrity Cruises is poised to become the first oceangoing line to begin sailing from the US, carrying at least 95% vaccinated crew and passengers, on June 26 from Port Everglades.

But even that is problematic since Florida has outlawed vaccination passports and DeSantis has repeatedly insisted he'll enforce that prohibition for cruise lines.

On Thursday the governor's office also railed against CDC's 'ridiculous' percentage for vaccinated cruisers — 95% — (the level that is needed to forgo test cruises), calling this 'contrary to the President’s own benchmark for societal immunity.'

In another volley, DeSantis's office charged the CDC is 'discriminating against families with children, preventing them from cruising' because at this time, COVID-19 vaccines are not approved for children under 12.

Florida's request for a preliminary injunction to immediately restart cruising now goes back to US District Judge Steven Merryday in Tampa.