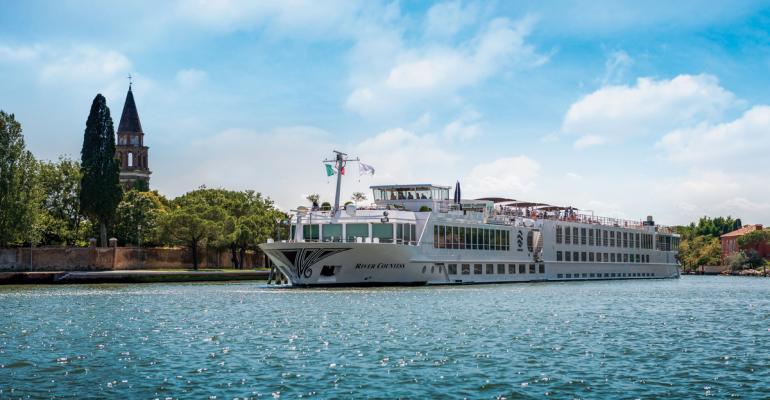 There were only minor injuries but River Countess sustained substantial damage
The High Court of England and Wales awarded judgment against MSC Cruise Management (UK) Ltd. for physical and non-physical losses arising from MSC Opera ramming Uniworld's River Countess in Venice in 2019.

Judgment was awarded for €2.4m plus interest for physical losses, which could rise to a total in excess of €7.5m including non-physical losses.

Justice Andrew Barker in the Admiralty Court issued the ruling.

MSC had argued loss of learnings not recoverable under Italian law

MSC Cruises admitted full liability for the collision in March last year but argued that the substantial loss of earnings for canceled cruises was not recoverable under Italian law.

Uniworld, represented by UK law firm Devonshires, successfully argued at the High Court that non-physical losses could also be recovered under Italian law in addition to physical losses.

On June 2, 2019, River Countess was docked at the San Basilio Pier in the Giudecca Canal when it was struck by MSC Opera after the ship lost control while maneuvering alongside. At the time, Uniworld said four passengers suffered minor injuries. The incident occurred after most guests aboard the 130-passenger vessel had disembarked for flights home.

River Countess suffered substantial damage. It was removed to Trieste for repairs that took three months and cost over €3m, according to the judgment, returning to service in early September 2019 after a loss of 14 scheduled cruises.

David Pack, partner at Devonshires, called it a 'landmark decision that means our clients will be able to recover the substantial losses they faced as a result of an incident where they were entirely blameless. Owners are finally being held to account for the actions of one of its vessels and this case should act as a warning to other operators of ocean liners not just in Venice but globally.'

In a statement, MSC Cruises said it welcomed the court's judgment 'that confirms and makes effective what the company had already volunteered to pay — and, in part, has already paid — for the vessel’s repair costs. For additional losses, MSC has from the very beginning made itself available to cover any demonstrated amounts in connection with this very unfortunate accident.'

'For years, the city of Venice has been plagued by massive ocean cruise liners being able to dock in the historic city, causing an eyesore to its beauty. It took an incident of this nature to bring about change,' Uniworld CEO Ellen Bettridge said. 'It is testament to the quality of engineering of our luxury river vessel and its well-trained crew that no lives were lost.'