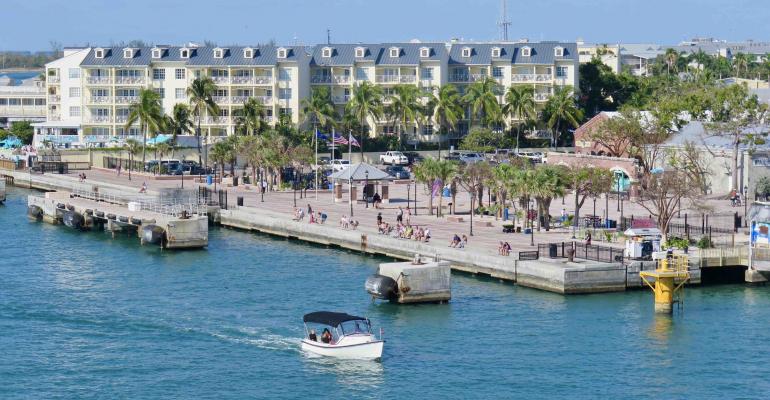 A bill that preempts three Key West measures to limit cruise ships passed the Florida Legislature and is on its way to Gov. Ron DeSantis

In a stunning turn of events, one day after a bill to reverse Key West's voter-approved cruise limits was declared 'dead,' Florida lawmakers found another way get the legislation through.

Sen. Jim Boyd, the Republican from Bradenton whose original bill stalled this week in the House of Representatives, attached an admendment to an unrelated bill, S. 1194, stating that a 'local ballot initiative or referendum may not restrict maritime commerce' in the state's ports.

This pertains to 'vessel type, size, number or capacity,' 'number, origin, nationality, embarkation or disembarkation of passengers or crew or their entry into this state or any local jurisdiction' and 'environmental or health records of a particular vessel or vessel line.'

The amendment is retroactive, so it applies to the three measures passed overwhelmingly by Key West voters in November. Those measures capped the number of persons disembarking from cruise ships to a total of 1,500 per day and prohibited ships with capacity for 1,300 or more persons (passengers and crew) from disembarking.

Bill now goes to the governor

Wednesday night the House passed the amended bill 74-40 after it cleared the Senate 21-17.

The legislation now goes to Gov. Ron DeSantis. It requires his signature to become law.

One of the twists in the Key West saga was the recent revelation that Mark Walsh of the Pier B Development Corp., which operates Key West's Pier B cruise dock, had donated nearly $1m to the governor's reelection, raising speculation about how DeSantis might perceive the bill.