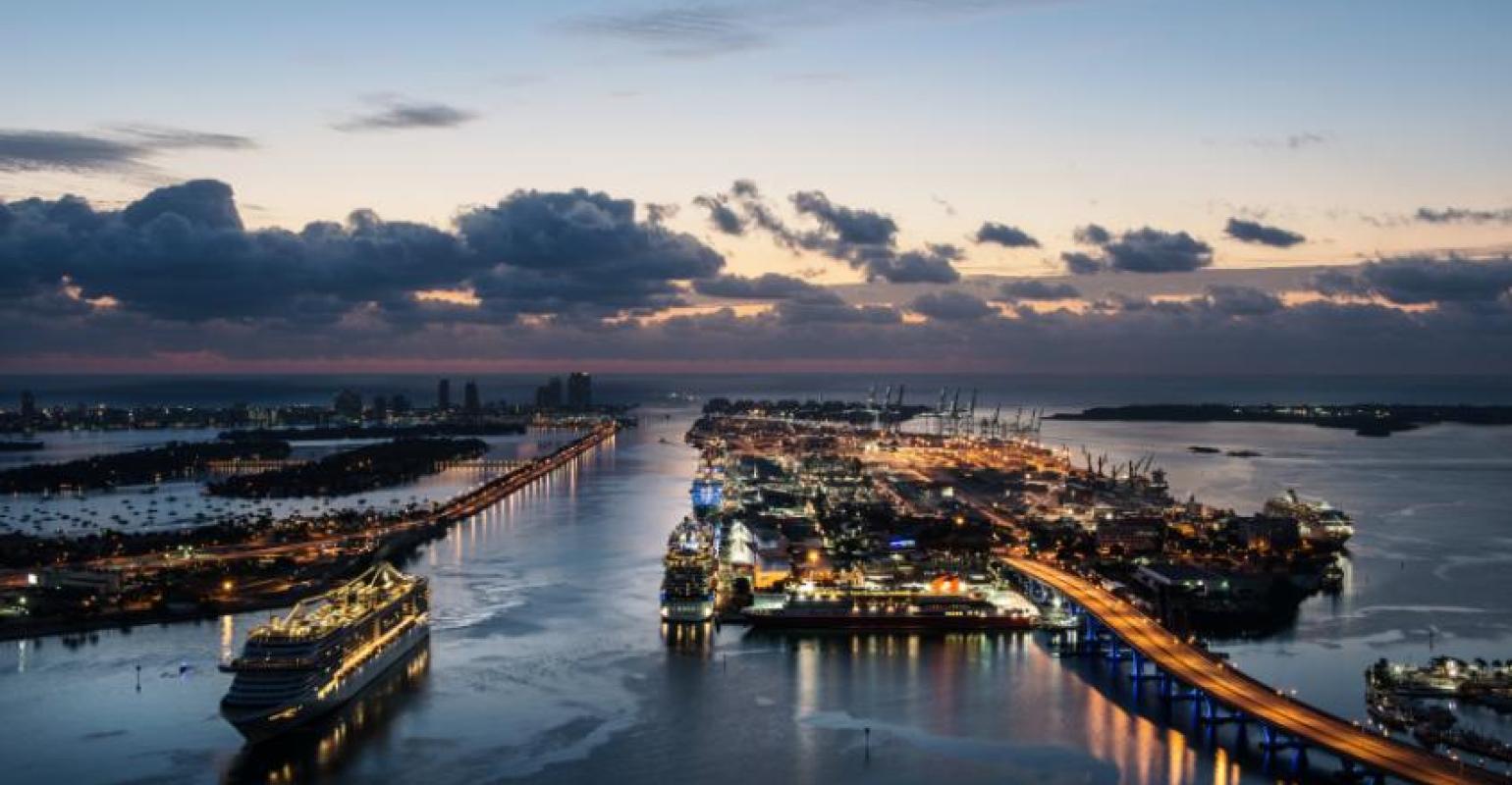 The bill would establish a Maritime Task Force, in coordination with a Private Sector Advisory Committee, to address the related health, safety, security and logistical issues.

Lines are currently under a US no-sail order through September.

Both Scott and Rubio are Republicans.

Led by Department of Homeland Security

The Set Sail Safely Act would require the proper federal agencies, led by the Department of Homeland Security, to work together with input from private sector stakeholders to develop a plan for the safe resumption of cruise operations.

The Maritime Task Force would have representatives from several federal agencies, including the DHS, Customs and Border Protection, US Coast Guard, Health and Human Services, Department of Transportation, Department of State and the Federal Maritime Commission.

Private sector stakeholders would include representatives from the cruise lines, US ports, commercial fishermen, small businesses and health professionals.

The bill also would a timeline for meetings of the Task Force, recommendations and implementation.

He said: 'Florida is a tourism state with thousands of jobs relying on the success of our ports, cruise lines and maritime industries. Over the past few months, I’ve had many conversations with leaders at Florida ports, federal agencies and within the cruise industry about how to ensure the safety of passengers and employees.

'As we work to solve the coronavirus and safely reopen our economy, this legislation will support the development of guidelines needed to ensure the safe resumption of our cruise lines and port operations.'

A top priority for Rubio

Rubio said that securing guidance for safely resuming cruise operations is a top priority of his, adding that he had been working since the start of the COVID-19 pandemic with the Trump administration and state and industry leaders to identify ways to mitigate risk in hopes of an eventual return to business.

The legislation was applauded by Cruise Lines International Association, the American Association of Port Authorities, the Florida Ports Council and Miami-Dade County officials.

'On behalf of the wider cruise community, including nearly 44,000 American travel advisors and hundreds of small and medium sized businesses in the US that provide products and services to cruise lines, CLIA joins our port partners in thanking Senators Rick Scott and Marco Rubio for their leadership in introducing this important legislation,' CLIA Global Chair Adam Goldstein said. 'The cruise industry is an important economic contributor in the United States, supporting nearly half a million US jobs, and over 150,000 in Florida alone, prior to the pandemic.'

According to Goldstein, the bill 'draws much needed attention to the importance of strategic dialogue between appropriate federal agencies and a broad group of public and private sector stakeholders to safely advance a resumption of cruising in the US that mirrors the gradual and successful restart of cruise operations in Europe.'

AAPA President and CEO Christopher Connor said the legislation will 'help inform federal policy on the most appropriate and safe reopening protocols for our nation’s cruise industry, which in 2018 contributed $53 billion to the US economy.'

Connor said AAPA is particularly pleased the bill includes creating a Private Sector Advisory Committee of subject matter experts: 'Such a well-informed industry group will be extremely useful in sharing what they know about best scientific practices for the reasonable resumption of cruise line activity, and for adapting reopening measures that other travel industry sectors have adopted.'

For his part, Doug Wheeler, president and CEO of the Florida Ports Council, welcomed the opportunity to engage in strategic discussions with federal and industry partners to develop a plan.

'The cruise industry is a vital economic driver of both our national and state economies, and the dramatic impact of its closure is felt every day that cruise ships are not in operations,' Miami-Dade County Mayor Carlos Gimenez said. 'Thousands of jobs have vanished and millions of dollars continue to be lost daily. We welcome Senator Scott’s initiative and stand ready to work with him.'

Rebeca Sosa, chair of the Miami-Dade Tourism and the Ports Committee — who recently heard from cruise line leaders and industry in a committee session — also thanked Scott and Rubio and called the legislation 'the right step toward the restart of cruise operations.'

Hope for Alaska as US Senate passes cruise ship waiver bill
May 13, 2021