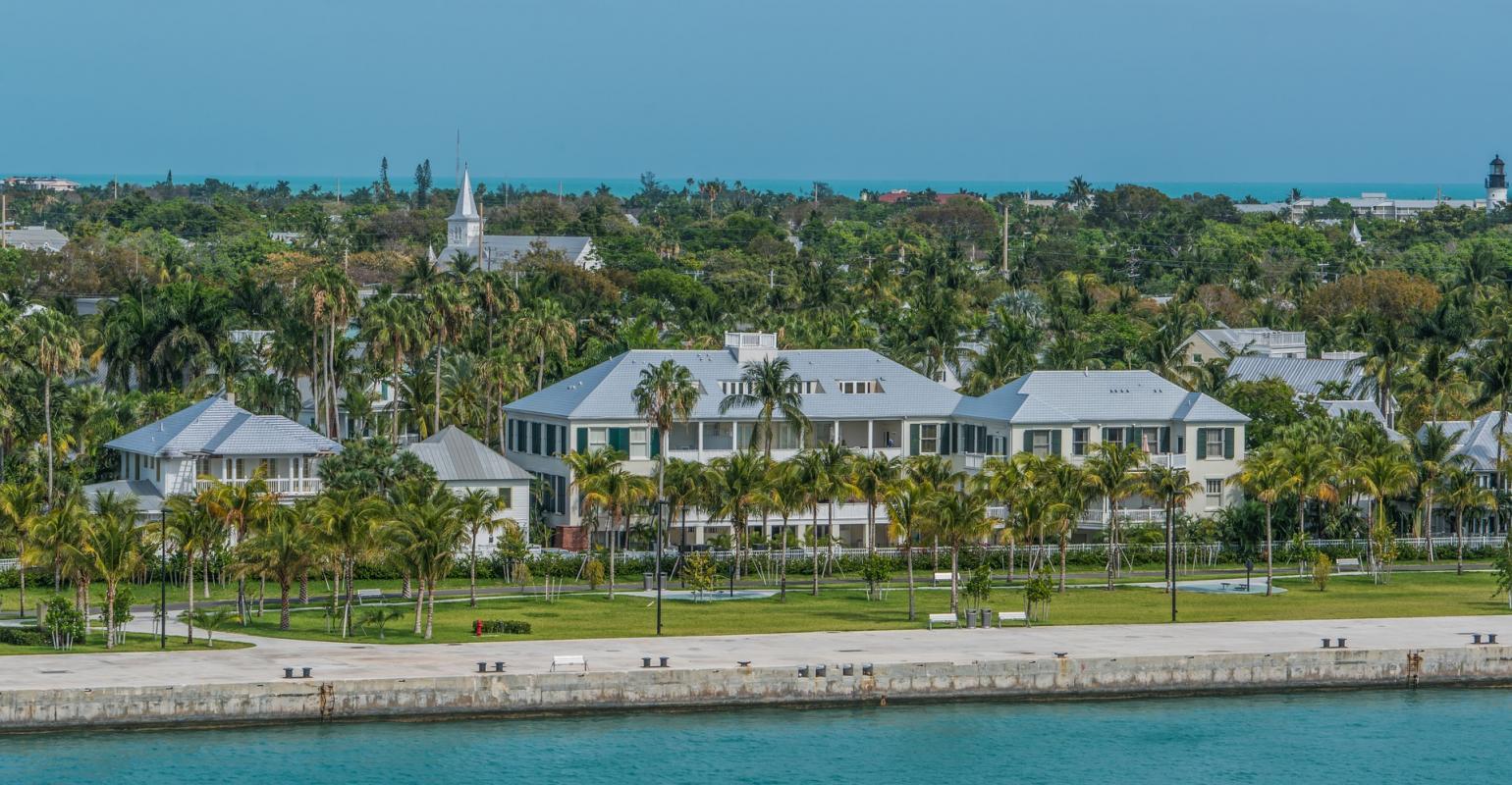 Key West voters in November overwhelmingly approved charter amendments to cap cruise ship size and the number of people who can dissembark in a day
A Florida lawmaker introduced a bill to give the state preemptive authority for seaport commerce in Florida and block local governments from restricting vessel size or passenger count.

SB 426, which is retroactive, would seemingly void Key West's recently approved charter amendments that cap ship capacity at 1,300 (passengers and crew) and forbid more than 1,500 people from disembarking in a day.

The measures passed by wide margins in November ballot initiatives but were expected to face legal challenges.

The bill to give the state preemptive authority was introduced this week by Sen. Jim Boyd, a Republican from Bradenton, a city south of Tampa. It argues that the state should preempt local authorities because 'the economic impact of a seaport extends far beyond the boundaries of the local jurisdiction in which the port is located, materially contributing to the economies of multiple cities and counties within the region and to the economy of the state as a whole.'

According to the proposed legislation, 'allowing each local government in which a Florida seaport is located to impose its own requirements on the maritime commerce conducted in that port could result in abrupt changes in the supply lines bringing goods into and out of this state, thus disrupting Florida’s economy and threatening the public’s health, safety and welfare.'

SB 426 continues that local authority 'could reasonably be expected to suppress such commerce and potentially drive it out of the port and out of the state in search of a more consistent and predictable operating environment, thus disrupting Florida’s economy and threatening the public’s health, safety and welfare.

The bill goes on to add that local authority 'could result in abrupt changes in vessel traffic, frustrating the multi-year planning process for all Florida seaports and the assumptions and forecasts underlying federal and state financing of port improvement projects.'