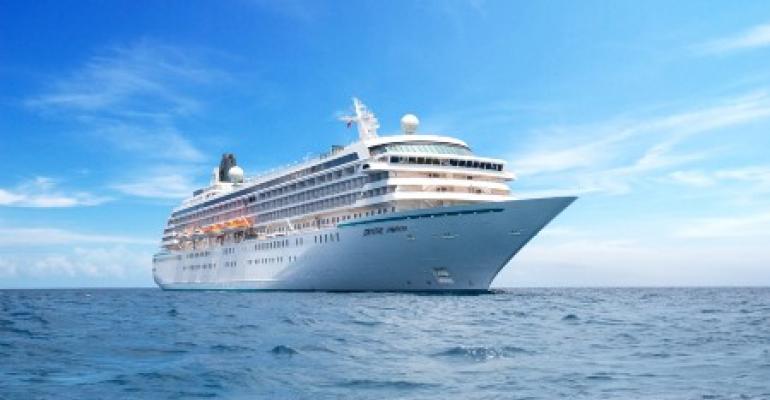 Crystal Symphony will be ending its current voyage in Bimini instead of Miami, where an arrest warrant for the ship has been secured

Sunday evening update: Crystal confirmed the transfer of passengers by ferry from Bimini to Fort Lauderdale and arranged ground transportation to local airports and PortMiami from there. 'We know that today’s transfer to Port Everglades via ferry was uncomfortable due to inclement weather. This end to the cruise was not the conclusion to our guests’ vacation we originally planned for,' the company said in a statement.

Peninsula Petroleum obtained an arrest warrant for Crystal Symphony in Miami but the ship will now end its cruise in the Bahamas instead.

Crystal Symphony was due back at PortMiami on Saturday where it was to temporarily suspend service. But passengers have been informed the Bahamas-flag ship will instead go to Bimini where Genting has a resort and a cruise berth. From there they are to be ferried to Fort Lauderdale on Sunday.

The two other Crystal ships scheduled to halt operations, as announced by the company on Wednesday, are Crystal Serenity, planned to disembark in Aruba on Jan. 30 and Crystal Endeavor, to end its Antarctica expedition in Ushuaia, Argentina, Feb. 4. The river vessels are already laid up in Europe.

Provisional liquidators for Genting HK were approved in a court hearing Thursday in Bermuda.

'A number of interested parties in Miami are looking at all their options,' another creditor who's pursuing legal action told Seatrade Cruise News.