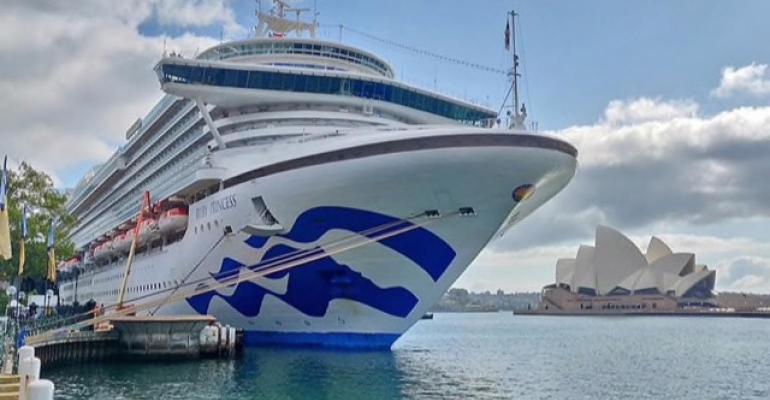 Ruby Princess was ultimately linked to around 900 COVID-19 infections and 28 deaths
Mediation planned this month between Carnival Australia and Shine Lawyers who filed a class action in July 2020 on behalf of passengers and the estates of those who died in the COVID-19 outbreak on Ruby Princess did not proceed.

A spokeswoman for Shine Lawyers said Carnival Australia’s legal team said the company needed more time to consider the claims and it would not be in a position to mediate until November.

‘It’s incredibly disappointing for our clients,’ the spokeswoman said.

If mediation fails, case will go to trial in March

According to Vicky Antzoulatos of Shine Lawyers, if mediation fails the case will proceed to trial on March 1 next year.

After completing a round-trip cruise to New Zealand, about 2,650 passengers were allowed to disembark without testing when the ship docked in Sydney on March 19, 2020, despite suspected cases on board.

Ruby Princess was ultimately linked to around 900 infections and 28 deaths.

A Special Commission of Inquiry resulted in an apology from New South Wales Premier Gladys Berejiklian for the ‘serious mistakes’ made by NSW health officials in the handling of Ruby Princess.