‘Our hearts go out to the Bahamas’ 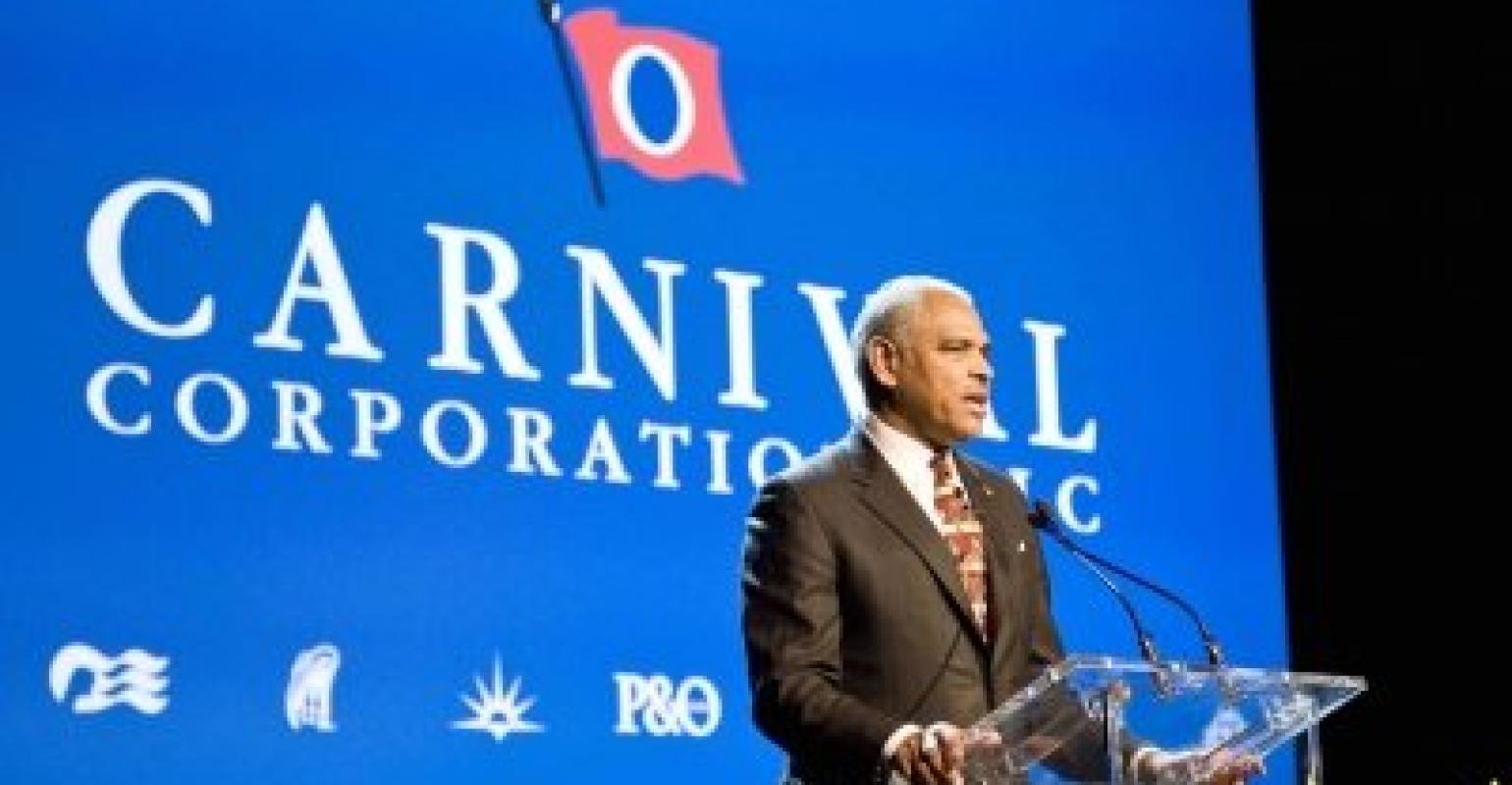 ‘Our hearts go out to those who have lost friends and loved ones, and whose homes and businesses have been destroyed or damaged,' Arnold Donald said Tuesday FILE PHOTO
Carnival Corp. CEO Arnold Donald issued a heartfelt show of support for the Bahamas, where Hurricane Dorian has created a ‘historic tragedy’ in the northern islands, in the words of Prime Minister Hubert Minnis.

At least five people have died in the most powerful storm ever to hit the Bahamas. Dorian made landfall on Grand Bahama Island as a catastrophic Category 5 hurricane and stalled there for two days.

Speaking on behalf of everyone at Carnival Corp. and its brands, Donald sent thoughts and prayers to ‘the great people of the Bahamas — our friends and partners for many years.

Support for the work to rebuild and recover

‘It was very emotional seeing reports of Hurricane Dorian's impact over the past couple days,’ Donald continued. ‘Our hearts go out to those who have lost friends and loved ones, and whose homes and businesses have been destroyed or damaged.

‘Knowing and working over many years with so many Bahamians, we have long admired the strong spirit, determination and love of life they exhibit. We look forward to supporting their forthcoming hard work to rebuild, recover and again welcome tourists and cruise guests with open arms to their beautiful country.

‘To our friends in the Bahamas, please know you will not be alone in your effort. All of us at Carnival Corporation pledge to work with you.’

Donald added that Carnival remains in constant contact with government officials as they determine the highest priorities for both the short term and long term.

‘In recent weeks, there have been questions about our commitment to two major projects on the islands of Grand Bahama and Half Moon Cay,’ Donald said. ‘We remain fully committed to those projects as part of the recovery and rebuilding process.

'We know this is a difficult time. But we have no doubt that the unyielding spirit of the Bahamian people will overcome, recover, rebuild and be stronger and more resilient than ever.’

The Caribbean Tourism Organization has expressed its ‘deepest regret and sadness over the loss of life and damage done to the Abacos and Grand Bahama Island’ by Dorian.

‘… In the wake of this monstrous storm, we have witnessed the pain of those who lost loved ones, the agony of so many who lost their homes and all their belongings, and the angst of an entire Caribbean concerned for the welfare of the people of these islands.’

Like Donald, the CTO expressed its faith in the resilience of the Bahamian people and its support for their recovery.

Most of the Bahamas unaffected

The CTO noted the Bahamas consists of more than 700 islands and cays spread over 100,000 square miles, with the greatest impact of Dorian to the northernmost islands of the Abacos and Grand Bahama, while the rest of the nation has been mostly unaffected.

The CTO has activated its Hurricane Relief Fund, established to help rebuild after disasters.

The Bahamian capital of Nassau is open and ready to receive visitors.

Cruise lines will begin assessing the damage to their private islands when it is safe to do so.

Royal Caribbean, which closed Perfect Day at CocoCay on Aug. 28 and had originally hoped to reopen Sept. 4, said that won’t be possible.

‘We’re assessing the damage from webcams on CocoCay — not seeing the full picture. So, our team of experts is making their way there on Wednesday, which is when they’ll evaluate the extent of the damage,’ Royal Caribbean said in a statement.

The company expressed its hope to have CocoCay up and running on Sept. 7, ‘but we won’t really know if it’s ready for normal operation until the entire island is assessed.’ In the meantime, alternative ports have been secured for some sailings.

‘Our CocoCay team is made up of over 400 people, and most are locals,' Royal Caribbean added. 'So, it’s important that we account for all of them and give them the time to properly take care of their families and homes during this devastating time.'

According to webcam images, MSC Cruises' new private island, under construction and due to open in November, has 'not sustained any noteworthy damages,' according to a company spokeswoman.

'To ensure the safety of our workers, a full assessment of the site will be conducted on Thursday. We will be resuming the works in the following days,' she said.

MSC Cruises had evacuated all construction workers from Ocean Cay before Aug. 30. 'As soon as we had visibility on Hurricane Dorian’s potential path, our workers were moved to safer areas. Most of them went to Nassau or Miami,' the spokeswoman said.

‘We received requests from several ship operators to begin transporting goods to the Bahamas before Hurricane Dorian had even passed the islands,’ Acting CEO & Port Director Glenn Wiltshire said. ‘The tariff waiver is a direct incentive to ocean carriers and companies supplying construction supplies, food and medicine to help the Bahamian people rebuild.’

Under Port Everglades Tariff Item No. 950, the port CEO may waive the port tariff charges for shippers that transport donated supplies or resources from governmental or charitable organizations up to $10,000, unless authorized by the Broward County Board of Commissioners to exceed that amount. Other reduced fees are outlined in the tariff item for shippers who reduce their transport fees.