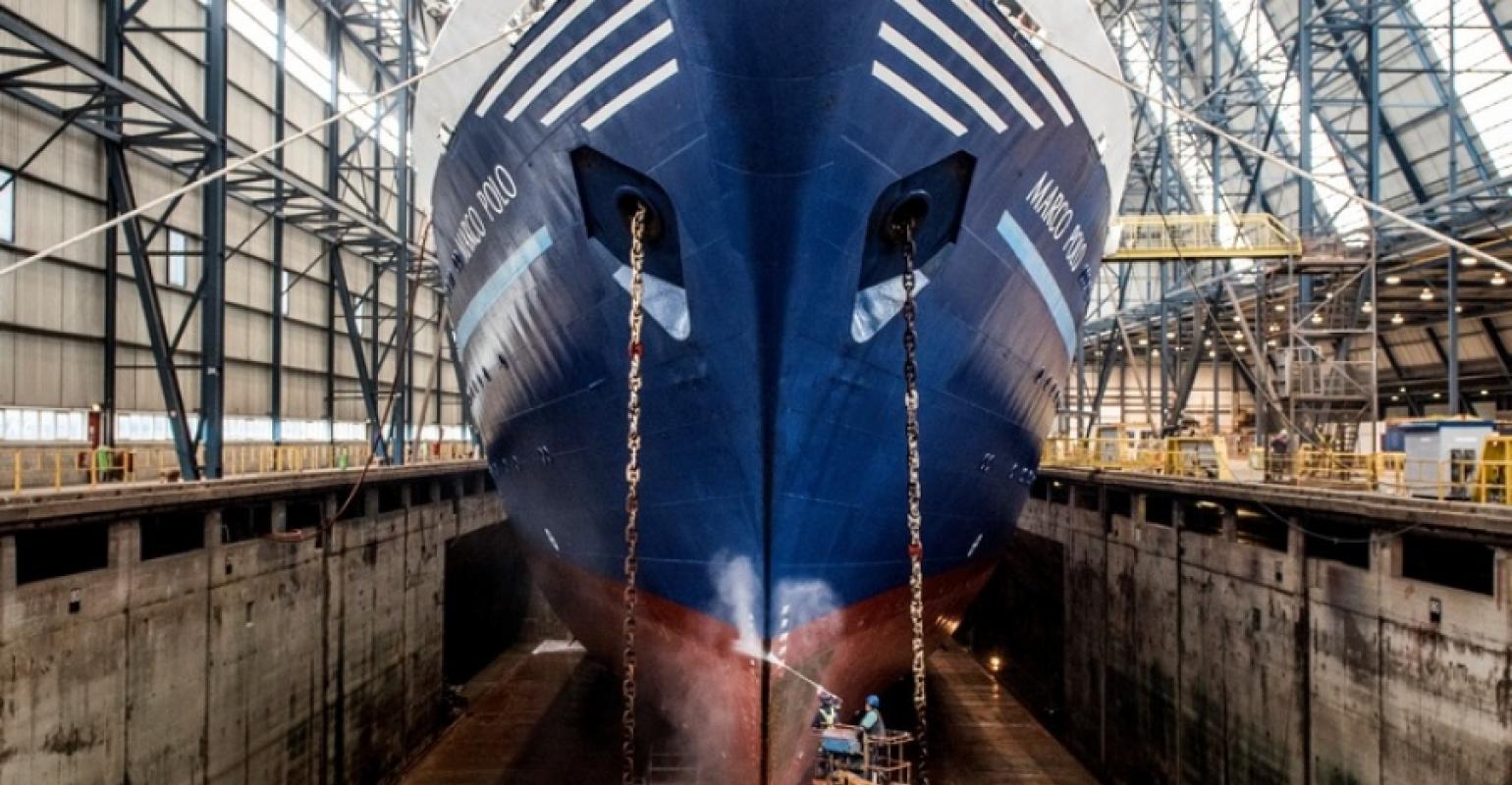 The 800 passenger cruise ship owned by Global Maritime and operated by Cruise & Maritime Voyages and launched in 1964 as the Aleksandr Pushkin, had a full schedule of works during her time at DSV.

These included an exterior repainting, interior repairs, work on the propellers and propeller shafts, reconditioning the bearings on the main engines and servicing the air-conditioning units and gensets. The life-rafts and other safety equipment were also removed and serviced, the cranes and winches overhauled and various minor steel works performed.

Carlos de Vliegere, sales manager area Greece at Damen Shiprepair & Conversion states that Athens based Global Maritime and DSV have been working closely since 2013. 'Both Marco Polo and her sister ship Astor have been coming to Vlissingen regularly to dry dock and undergo inspections and maintenance.'

DSC has recently won a series of maintenance and repair contracts for cruise ships. Bas Loohuis, commercial manager cruise at DSC, stated, 'our extensive network of local partners allows us to rapidly source all the equipment and parts necessary for a cruise vessel project. We understand the importance of proper management of the logistics and our project managers are trained to manage the most complicated and challenging cruise vessel projects.'

As well as the works on te Marco Polo and Astor, recent projects by DSC include repair and maintenance contracts on the 3,220 passenger MSC Magnifica and the 720 passenger Saga Sapphire, both undertaken at Damen Shiprepair Rotterdam.