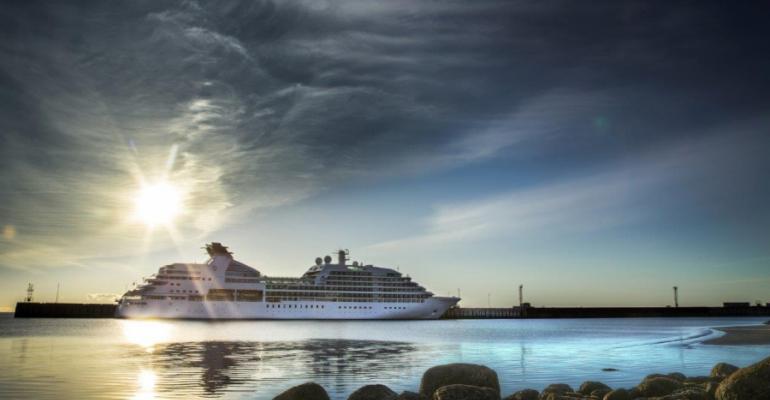 Québec's Baie-Comeau expects 11 cruise calls in the 2016 season, its 10th year as a cruise destination. Among the visits is a maiden call by Phoenix Reisen's Amadea.

Reina Savoie Jourdain, president of Baie-Comeau Cruises, said the destination is delighted to welcome a German cruise line since this is a new market. It's the second year Phoenix Reisen will visit. 'They had a great experience last year,' Jourdain said.

Plus, on Sept. 15, the town will have its first two-ship day when Seabourn Quest and Pearl Mist are scheduled.

Together with Tourisme Québec and the Baie-Comeau community, Baie-Comeau Cruises is working to create a welcome area directly on the berth, a lounge area in the cruise pavilion, new signage throughout town for cruise visitors, a boardwalk near the marina and cruise pavilion and an observatory on an adjacent pier.

Baie-Comeau began handling cruise ships in 2006 with the arrival of Fred. Olsen Cruise Lines’ Black Watch. In the last 10 years, 13 vessels from eight lines have visited on a total of 43 calls. In 2008, Baie-Comeau joined the Cruise the Saint Lawrence Association as one of nine international ports of call in the St. Lawrence.

The association has implemented a provincial greeting policy aimed at giving passengers the warmest welcome in the world.

Cruise ship visits help support attractions such as the Franquelin Lumberjack Village, the Church of St. Amelia, the Ship Wreck Museum and others. Public investments have been made in such attractions as the Garden of the Glaciers, the Cruise Pavilion and the Town Centre Place La Salle.

The cruise business has been growing steadily in the St. Lawrence region by about 16% a year, on average. About 70% of cruise visitors arrive from the United States and the other 30% from markets like the United Kingdom, France and Italy.

Baie-Comeau Cruises is a non-profit organization that promotes and develops tourist attractions and businesses of Baie-Comeau and the Manicouagan region and works to raise Baie-Comeau’s profile in international markets.