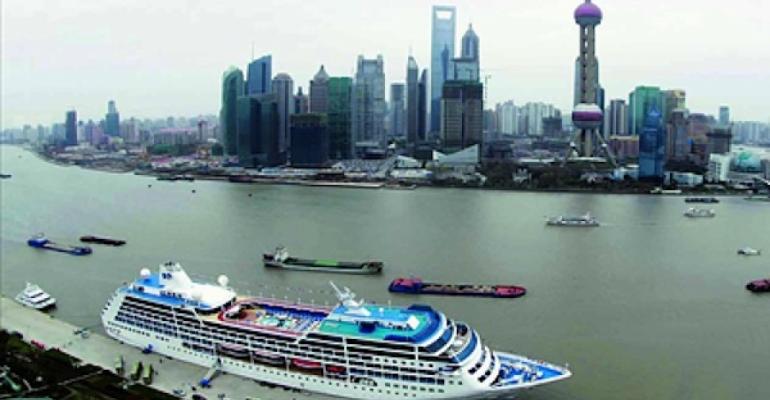 Just 4% of cruise passengers visiting in Shanghai are foreign tourists
Shanghai immigration authorities have introduced a 15-day visa waiver for foreign tourists arriving by cruise ship and visiting the city and surrounding areas.

So, for example, if a US, German or UK passenger joins a ship outside of China and the itinerary includes a Shanghai call plus the other applicable ports and the trip lasts fewer than 15 days, no Chinese visa is required.

The new ruling applies to passengers travelling in groups of two or more and arranged by Chinese-registered travel agencies who must submit details of the group to the immigration authorities at leat 24 hours before the ship arrives in Shanghai.

The Shanghai General Station of Immigration Inspection states if a foreign passenger who enters China visa-free by cruise chooses not to return to the cruise ship but stays at a downtown hotel they can do so by producing their own valid international travel documents and the Visa-free Cruise Tour Group Manifest bearing the entry stamp affixed by the immigration inspection authority.

Wusongkou terminal is expecting around 500 calls and 2.84m passengers this year – a potential huge increase compared to 2015 when the terminal received 278 calls of which all, bar six, were homeport operations. Most passengers on homeporting operations were Chinese nationals but the new visa ruling is aimed to encourage more foreign cruisers to visit China.

Since February, transit visitors arriving in Shanghai and travelling on to a third country have been allowed visa-free stays for up to 144 hours.